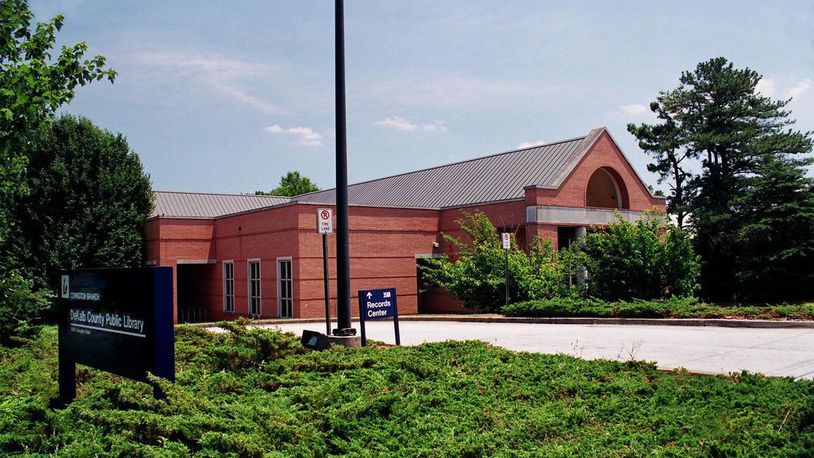 Late fees on library books will be a thing of the past in DeKalb County.

Starting on Friday, the DeKalb County Public Library will no longer charge overdue fines for checked-out materials, according to a news release. Several libraries in Georgia and around the country have gotten rid of these fees and fines in order to increase access and avoid punishing low-income users.

Research conducted by the American Library Association also found that late fees discouraged people from using their public library — whether they returned their checked-out items on time or not.

“At DCPL, we believe eliminating overdue fines will encourage more families to use the library,” Alison Weissinger, library director, said in the release. “Families and children need the resources of the library now more than ever.”

The Chattahoochee Valley Libraries in Columbus became Georgia’s first library system to remove overdue fines in 2019. The library system, which covers a four-county region, saw revenue dip by only 1% since the program went into effect despite applications for new library card and item circulation increasing by much higher percentages, according to the statewide reading campaign Get Georgia Reading.

Other library systems, such as the Northwest Georgia Regional Library System in Gordon, Murray, and Whitfield counties, are also experimenting with a fine-free model through the end of 2023.

Going fine-free doesn’t make the library a free-for-all. Items will still have a due date in DeKalb, and materials will need to be returned. However, fees will be reserved only for lost or damaged items in addition to inter-library loan items, which will continue to incur late fees.

Replacement fees will be charged for items that are more than four weeks overdue. Users also won’t be allowed to check out items if they have more than 10 items overdue, an item more than 10 days overdue or an incurred balance of $10.

More information on the change, which will go into effect at the nearly two dozen libraries in DeKalb, can be found at dekalblibrary.org/fine-free.

DeKalb cuts more than 500 teaching positions but without layoffs