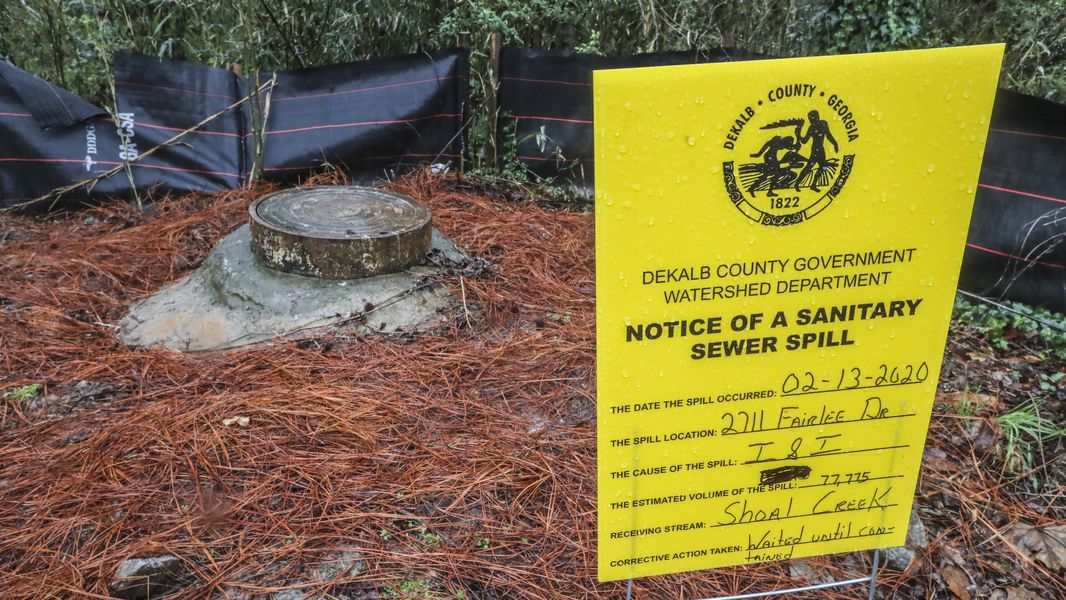 Sewage spill notifications were posted on Thursday at Nancy Creek at 4148 Tilly Milly Road at Bernard Halpern Park in Doraville where sewage overflows occurred. A sewer spill last week sent more than 9 million gallons into Snapfinger Creek. It was the largest spill in a decade. JOHN SPINK/JSPINK@AJC.COM

DeKalb County plans to use hundreds of millions of dollars in loans to install new sewer tanks and replace, repair and build nearly 60 miles of large sewer lines.

The majority of the cost of the $438 million project will go to the troubled Snapfinger sewer basin, which includes Decatur, Stone Mountain and southwest DeKalb, county CEO Michael Thurman said during a Monday town hall. The Snapfinger sewer basin has experienced 21.8 million gallons of spillage this year, accounting for 91% of the county’s total spill volume.

Thurman said the project will create nearly 1,900 jobs from 2021 through 2026 and will be an investment into one of the county’s poorest regions.

“I was with my team on the morning we realized that sewer basin is majority African American and has a disproportionate number of lower-income citizens,” Thurman said. “It (will now be) under development with job opportunities.”

The project was announced alongside a 7.5-year extension to the county’s consent decree with state and federal environmental regulators, which dates back to 2011. The agreement sets deadlines for sewage improvements in the county. 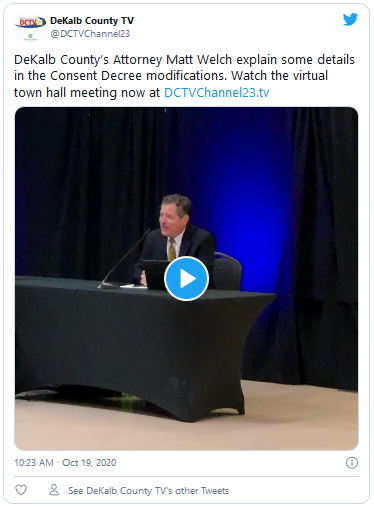 The county missed a June 2020 deadline for improvements and will pay a $1.05 million fine as a penalty, Thurman said. In addition, the extension includes increased oversight by the Environmental Protection Agency and the Georgia Environmental Protection Division. Update reports on priority sewer area improvements will also be sent to a federal court, further expanding oversight.

The town hall comes weeks after the county suffered roughly 7.3 million gallons of spilled sewage due to the remnants of Hurricane Delta — an increase of about 4.5 million gallons over initial estimates. The Snapfinger sewer basin also suffered 91% of those spills.

“We are trying to address what was long in the making,” Thurman said. “Quite frankly, when you neglect infrastructure, two things result: it’s time consuming to go fix it and it’s extremely expensive.”

The county recently applied for about $340 million in loans to fund the upcoming sewer repairs and improvements. Those loans alone will nearly cover the planned projects in the Snapfinger basin, which are estimated to cost $363 million. The projects include about 41 miles of sewer lines that range from 30 inches to 72 inches in size, along with two 20-gallon storage tanks. The rest of the county will get roughly 18 miles of improved sewer lines.

Over the next four years, 103 sites that have suffered repeat spills must be addressed, according to the county’s federal consent decree extension. Stipulated penalties for missing deadlines in those areas have been increased. 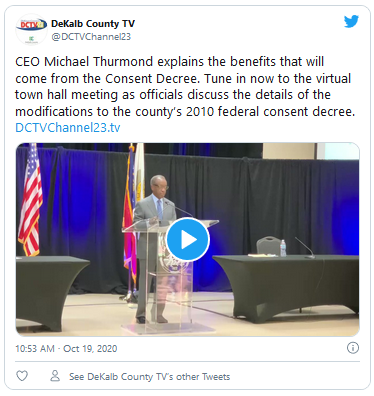