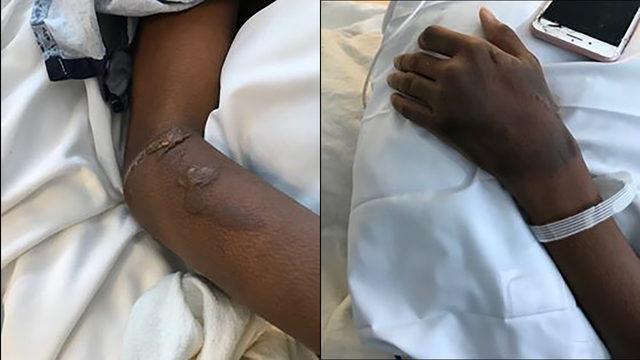 A DeKalb County high school student was rushed to the hospital Tuesday morning after being burned during a chemistry experiment in class, district officials said.

The incident occurred in a science classroom at Redan High School in Stone Mountain, a district spokesman said. Tuesday was the second day of class.

The student, identified by his family as 15-year-old Malachi McFadden, was burned by a flame during an explosion, Channel 2 Action News reported. School officials did not provide additional details or elaborate about the teen’s injuries. 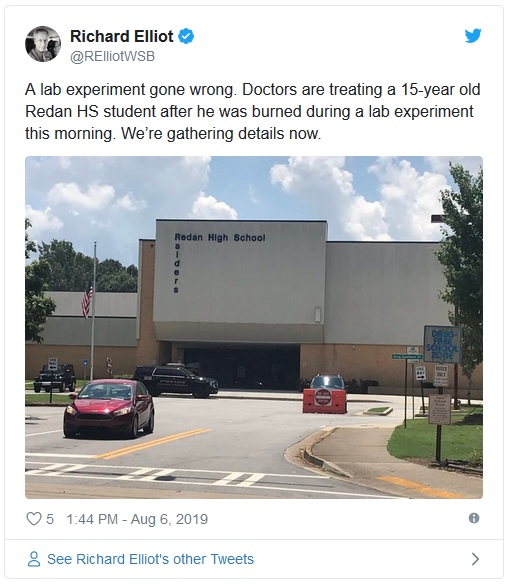 He was taken to Grady Memorial Hospital with burns to his face, neck and arms, according to Channel 2. 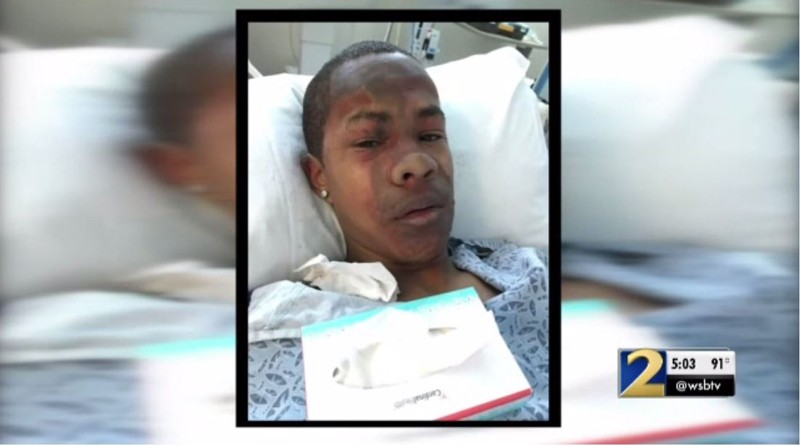 The student’s family told the news station that McFadden is in pain, but they are hopeful he’ll make a full recovery.

An email was sent to Redan High parents notifying them of the student’s injury.

“The district considers this an isolated incident, but all safety measures will be reviewed and reiterated moving forward,” the district said in a statement. “The DeKalb County School District will rally around this student on his road to recovery.”

Are You a Victim of Domestic Violence in DeKalb County?