DeKalb health leader is president-elect of national health board 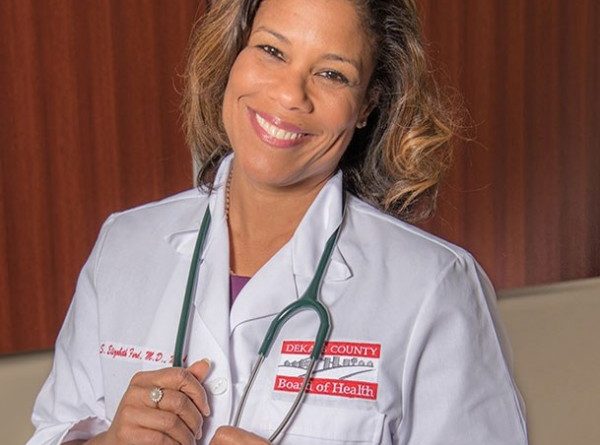 The National Association of County and City Health Officials (NACCHO) has elected DeKalb County Board of Health’s CEO and director Dr. Sandra Elizabeth Ford as its 2020-21 president-elect of its board of directors.

NACCHO is the voice of the country’s nearly 3,000 local governmental health departments. As board president-elect, Ford will serve on the board’s executive committee as president-elect in 2020-21 before assuming the positions of president in 2021-22 and immediate past president in 2022-23, respectively. Ford began her first term as an officer with the organization on July 1, 2019.

“Dr. Ford has been a long-standing volunteer leader within NACCHO, and has contributed significant amounts of time, energy, and expertise to the organization,” said NACCHO’s CEO Lori Tremmel Freeman. “I congratulate Dr. Ford on assuming her new role as President-Elect of NACCHO and look forward to her ongoing leadership.”

A board-certified pediatrician, Ford has served as the District Health Director and Chief Executive Officer of the DeKalb County Board of Health since February 2005. Ford also served as the acting director of the Georgia Department of Community Health’s Division of Public Health during the agency’s reorganization in 2008, where she helped to develop statewide policies and legislation and enforce public health laws and regulations. Ford received a bachelor’s degree in psychology from Stanford University, a medical degree from Howard University’s College of Medicine and a master’s degree in business administration with a concentration in health services administration from Howard University’s Graduate School of Business. She is a fellow of the American Academy of Pediatrics

“In this challenging time we currently find ourselves in, is it an honor to be serving as president-elect of the only organization exclusively focused on advocating for public health at the local level. Now more than ever, it is important that the value of our work be understood and acknowledged, and I’m very excited to continue to highlight the work of local health departments,” said Ford.

Proposal would split $32.6M in coronavirus aid among DeKalb cities