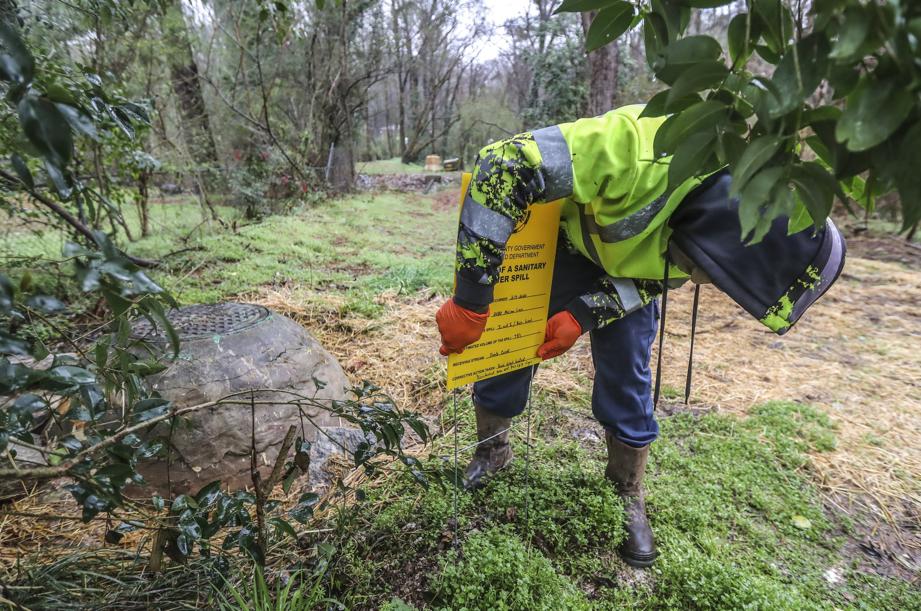 A DeKalb County Watershed worker posts sewage spill notifications on along Miriam Lane near Gena Drive in Decatur, where frequent sewage overflow occurrences have been cited. DeKalb County is still tackling ongoing sewer issues since CEO Michael Thurmond took over in 2017. DeKalb County is under a federal consent decree to repair its aging and overwhelmed wastewater system and has dedicated more than $300 million to the cause in recent years. JOHN SPINK/JSPINK@AJC.COM

DeKalb County and environmental regulators have “reached an agreement in principle” to extend the deadline for DeKalb to fix its failing sewer system.

“This proposed modification … is in line with the stated goals of the consent decree and includes an extension of the June 20, 2020 deadline for the county to complete the Priority Areas Sewer Assessment and Rehabilitation Program,” the filing said. “It would also, among other things, entail additional obligations on the county, including interim schedules and payment of a penalty.”

Few other details were provided. The Atlanta Journal-Constitution has contacted officials with DeKalb County and regulatory agencies for more information.

The original consent decree gave DeKalb about 8 ½ years to fix key sections of its long-neglected sewer system and all but eliminate sewer spills to come into compliance with the federal Clean Water Act.

Neglect, mismanagement and corruption by the county, however, meant several years passed with little progress made. And while DeKalb CEO Michael Thurmond has touted the sewer system as a priority since he took office in 2017, last month’s original deadline passed with the county still years away from compliance.

Though progress has been made, the first few months of this year alone saw some 20 million gallons of sewage spill out of DeKalb pipes and manholes and into local waterways. On Friday, DeKalb officials said that figure had decreased dramatically in the second quarter.

The proposed modification to the consent decree will still require approval from Judge Steven D. Grimberg, who was assigned to the case when it was reopened last month.

Changes would also be subject to a 30-day public comment period.