DeKalb elections: What the data shows about December’s voter removals 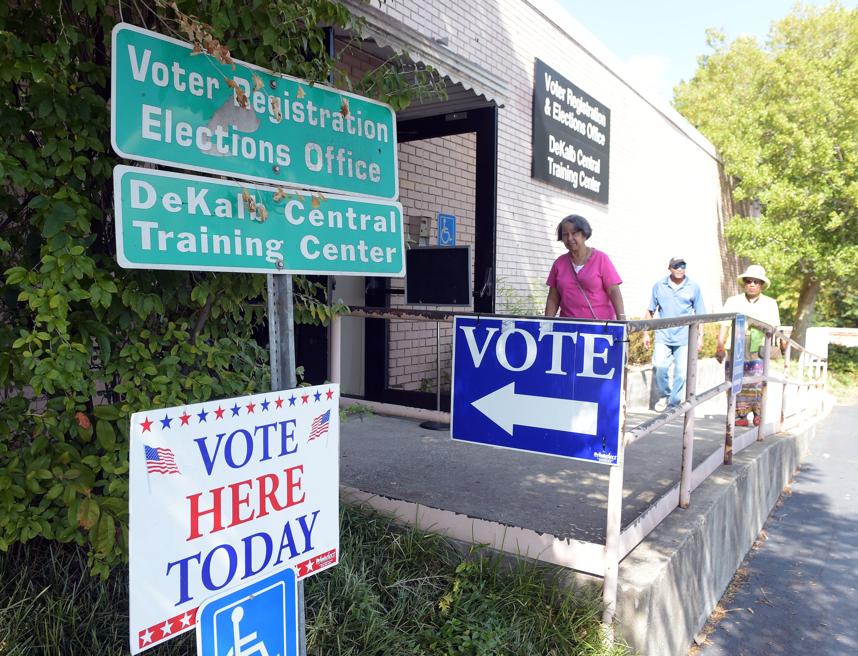 About 4.5% of DeKalb County voters were removed from voter rolls in December, according to an Atlanta Journal-Constitution analysis of state data on voter removals from the county’s voting polls.

The percentage of registered voters removed from each county’s rolls, between 3.3% and 5%, was similar in Atlanta’s core counties. Combined, about 107,000 voters were removed in the four-county area. Voters were removed at a higher rate in the metro area, 4.2%, than statewide, 3.9%.

In all, 287,000 voters’ registrations were removed from the state’s voter rolls. The state cancels voter registrations for three reasons: if a person hasn’t voted in several years, they’ve filed change-of-address forms, or mail sent to them by election officials was returned as undeliverable.

The data from the Secretary of State’s office also included the reason for voters being declared “inactive.”

About half of the voter removals in DeKalb were due to people filing a change of address forms, suggesting they moved. Another 32% were removed who had not voted since before the 2012 presidential election and had no contact with state or local elections officials. About 17% were put on the inactive list because election mail was returned as undeliverable — the highest number for any of the four metro Atlanta counties.

In January, there were 523,283 registered voters in DeKalb County, elections officials said.

Voters can check online to see if their registration is active and their information current at https://www.mvp.sos.ga.gov/MVP/mvp.do. Enter your first initial, last name, county of residence and birthdate to access your voter page. There, you can change your voter information, get an absentee ballot application and find directions to your polling place.

If you are not registered, you can do so at https://registertovote.sos.ga.gov/. You must have your Georgia driver’s license number or state identification card number.