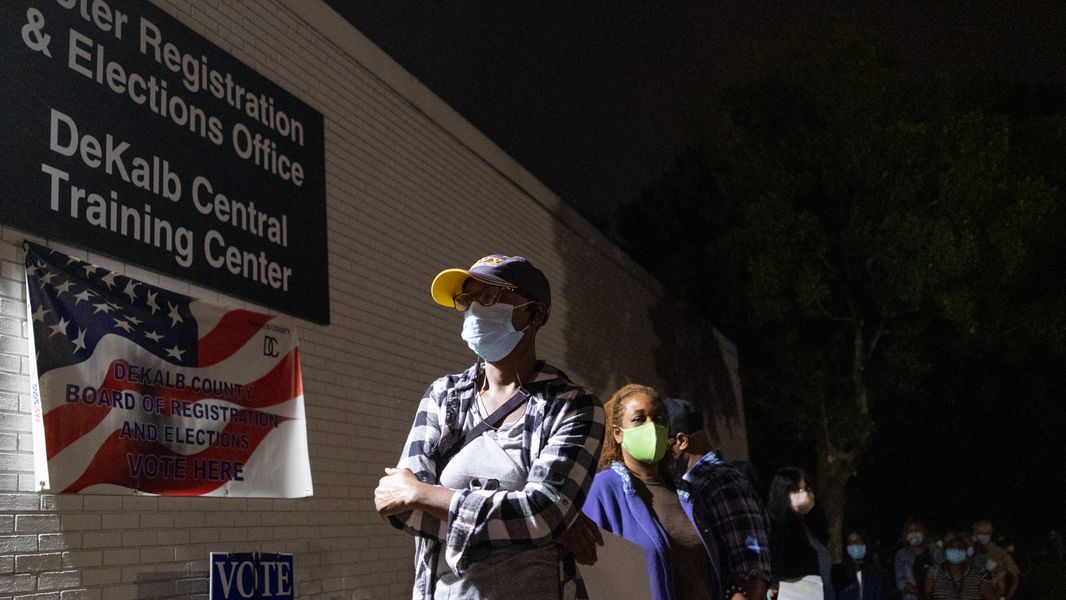 201012-Decatur-Sharon Buie, of Decatur, waits near the front of the early voting line just before it opened at 7AM Monday morning October 12, 2020 at the DeKalb County elections office in Decatur. Buie arrieved at 5:30AM and was fifth in line. When asked why she arrived so early on the first day of early voting, she replied, “John Lewis!” Ben Gray for the Atlanta Journal-Constitution

Less than three weeks before Election Day, the leader of DeKalb’s Democratic Party is calling for his county’s elections board chairman and elections director to resign.

DeKalb Democrats chairman John Jackson told The Atlanta Journal-Constitution as much this week, after long lines were reported at some of the county’s early voting locations. But his comments reflect a long-simmering frustration among many DeKalb officials and political observers, who have questioned the county’s ability to conduct a smooth Nov. 3 election.

June’s primary election was bumpy and various officials — including county commissioners and members of the elections board itself — have since expressed concerns that there’s not enough being done to rectify issues.

“Our biggest problems for elections in DeKalb are Sam Tillman and Erica Hamilton,” Jackson said. “They just refuse to do their job. And honestly I can’t play nice about it anymore.”

“Despite unforeseen circumstances created by the global pandemic and the tremendous interest in the current election, I have continued my tireless work for the voters of DeKalb County and do not intend to resign,” Hamilton’s statement said. 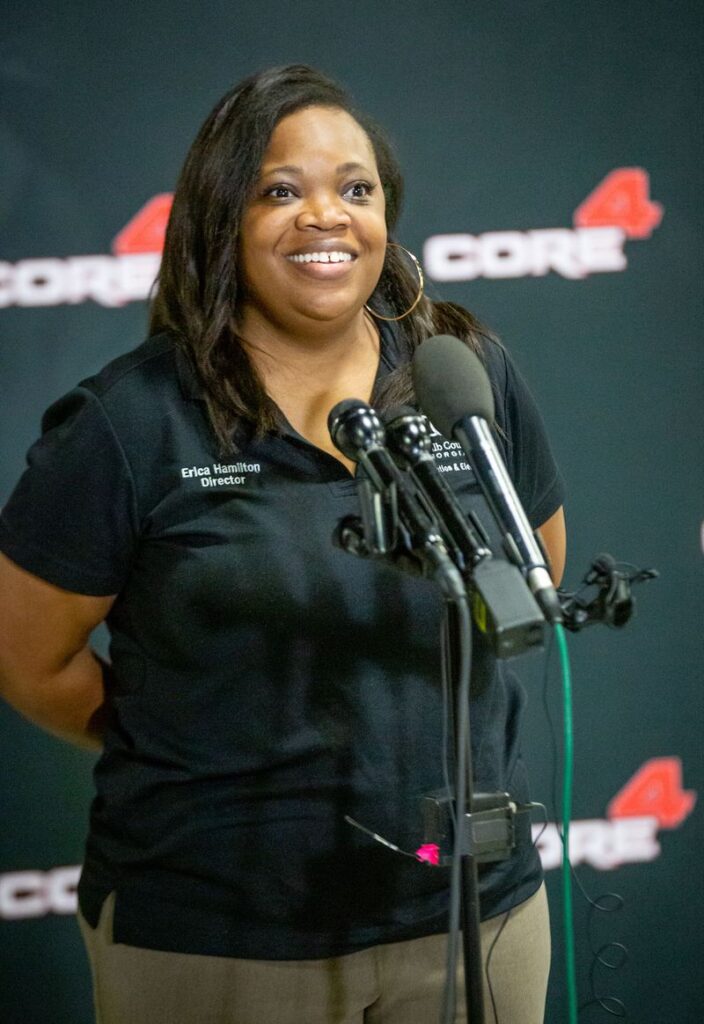 Advance in-person voting started across metro Atlanta this week. While DeKalb County has seemingly fared better than many other counties, it has not completely avoided the hours-long voting lines reported throughout the region.

Jackson has expressed concern about the supply of poll pads — the machines used to check voters in — at DeKalb’s early voting locations, particularly those in the southern part of the county.

“The money is there, they’ve had time to fix this,” Jackson said. “And it’s just horribly upsetting.”

During a Wednesday morning elections board meeting, Tillman and Hamilton placed the blame for any long lines on the network used by the Secretary of State.

“It’s the slowness of the system that’s causing this problem,” Hamilton said.

The county was recently selected for a $4.8 million grant from the Center for Tech and Civic Life, an award that officials hope will pay for things like more poll workers and more voting equipment, expanded voting sites and personal protective equipment. They have a short window to work with.

Elections leaders are also still ironing out a relationship with the National Vote at Home Institute, a nonprofit that was brought in to help with the county’s absentee ballot processing operations. DeKalb took more than a week to count all of its absentee ballots during June’s primary, becoming one of the last Georgia jurisdictions to certify its results.

Vote at Home had to be coaxed back into the fold last month after effectively disengaging from its efforts, saying it wasn’t getting the cooperation it needed. A communications consultant hired by the county nearly resigned under similar circumstances.

Tillman and Hamilton have defended their work amid those recent controversies and others, even as one county commissioner described the situation as “discord at the highest level.”

“While dealing with unprecedented times, we have worked to ensure all voters have the opportunity to vote, understand how to vote, and know their voting options,” Tillman said in his statement this week. “This includes offering expanded early voting locations, secure drop box locations, and increasing our communication and outreach to both voters and stakeholders.” 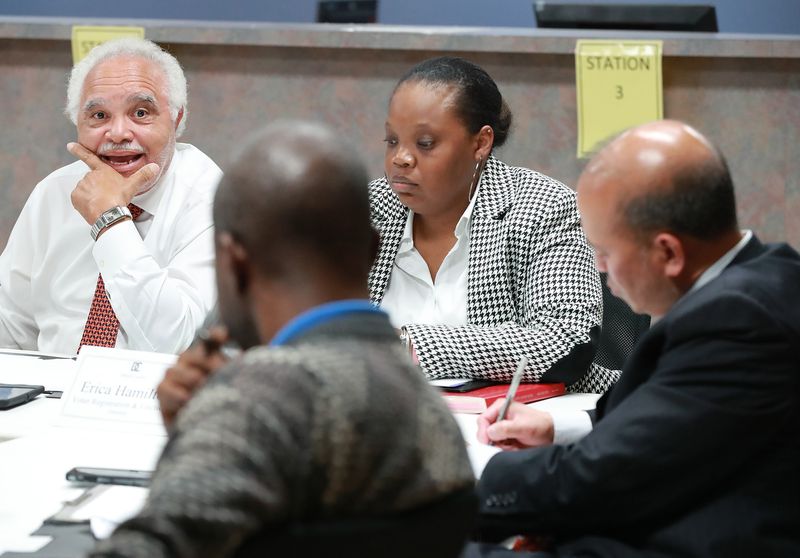 Some officials, including elections board member Dele Lowman Smith, have accused Tillman of having an outsize influence on the day-to-day operations of the elections office. They’ve also suggested that elections staff have not followed through with measures adopted by the full board.

“Sam Tillman and Erica Hamilton need to resign,” Jackson said. “We would be better off without them at this point.”