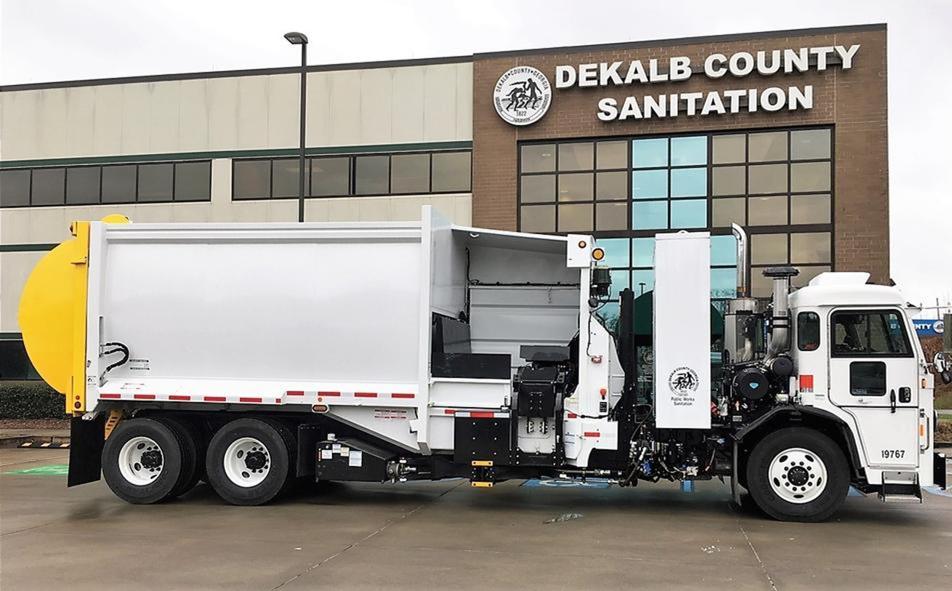 The new 95-gallon rollcarts will be given to households on service routes covered by the county’s new automated side loader trucks, which have robotic arms to grab garbage and recycling bins. DeKalb officials spent nearly $16 million on the new trucks in 2017 and 2018, saying they increase efficiency and reduce costs because they’re operated by a single driver.

Roll-out of the new trucks was delayed but officials said 39 of the vehicles are now in service.

The new rollcarts will replace existing 65-gallon carts, which officials said are “inadequate to meet the needs of many households, and leads to overflowing garbage bins, excess garbage at the curb and slower collection.”

The new carts will be distributed over the next eight weeks, on residents’ scheduled collection day. Excess curbside garbage will not be permitted for those households that receive the larger carts.

To determine if your household will receive a larger cart visit dekalbsanitation.com, click on the homepage graphic referencing the curbside roll cart exchange project address verification, and follow the instructions provided.