The live event will feature a segment called “Getting to Know Your DKPD: A Candid and Raw Conversation Behind the Badge.” During the segment, the community will hear firsthand from DeKalb County Police Department (DKPD) officers about their law enforcement experience, especially during the current climate. Questions and concerns submitted live will be addressed immediately following the conversation.

“As the law enforcement profession is being scrutinized, I would like to humanize the person behind the badge so that the citizens we serve can be exposed to a different perspective of what drives the officers of DKPD,” said Chief Ramos..” 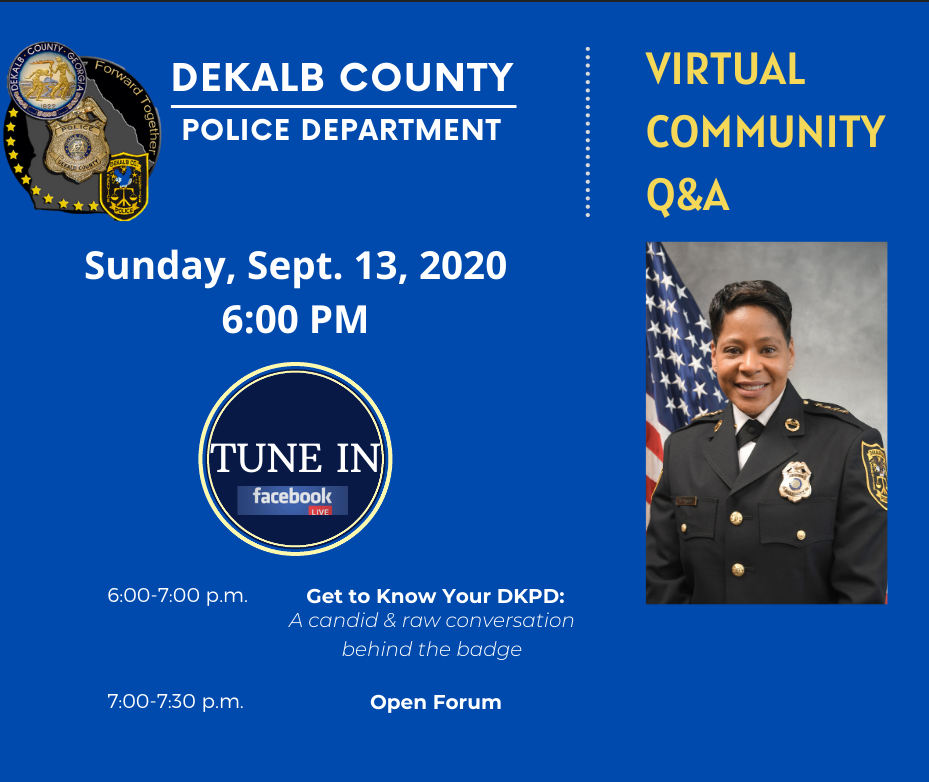