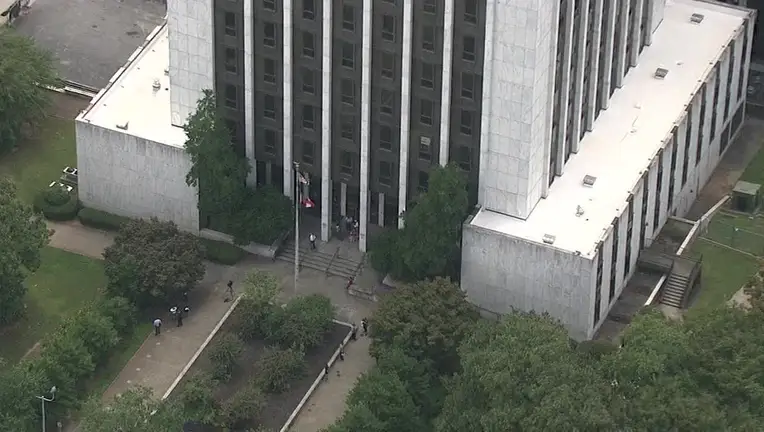 Officials outside the DeKalb County Courthouse following an evacuation on Thursday.

Officials evacuated the DeKalb County courthouse after a power outage on Thursday in Decatur.

DeKalb County Superior Court Clerk Debra DeBerry issued the alert at around 2:20 p.m. The courthouse is at 556 N McDonough Street.

The DeKalb County Sheriff’s Office said an area-wide power outage in Decatur impacted an entire neighborhood. Courts closed and judges were escorted from the facility, officials said. Inmates who had hearings were transported to the DeKalb County Jail.

Georgia Power’s outage map reported about 1,400 outages in Decatur. The company also reported more than 4,000 customers in Fulton County were impacted by outages at around 1 p.m. on Thursday.

Georgia Power estimated power would be restored at around 3:45 p.m. 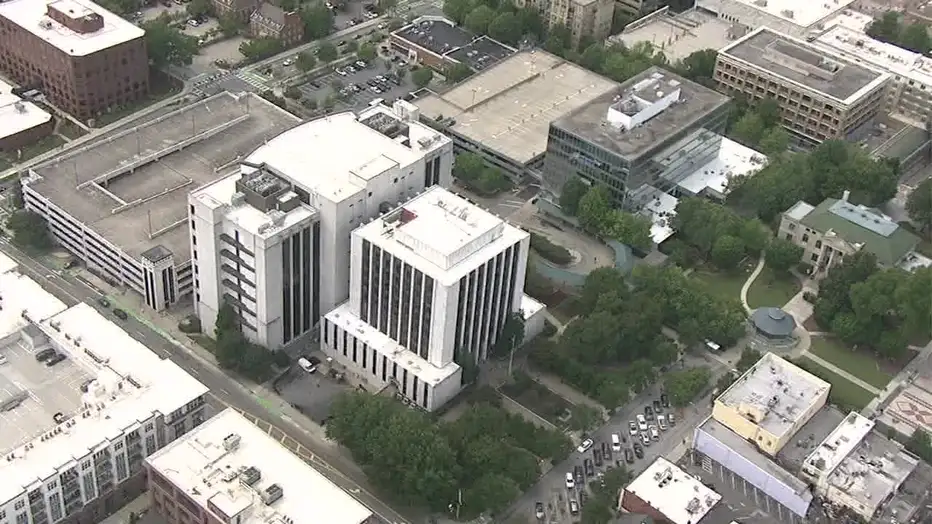 Outside the DeKalb County Courthouse following an evacuation on Thursday.

This story is breaking. Check back for details. If you have additional information, pictures, or video email newstipsatlanta@fox.com