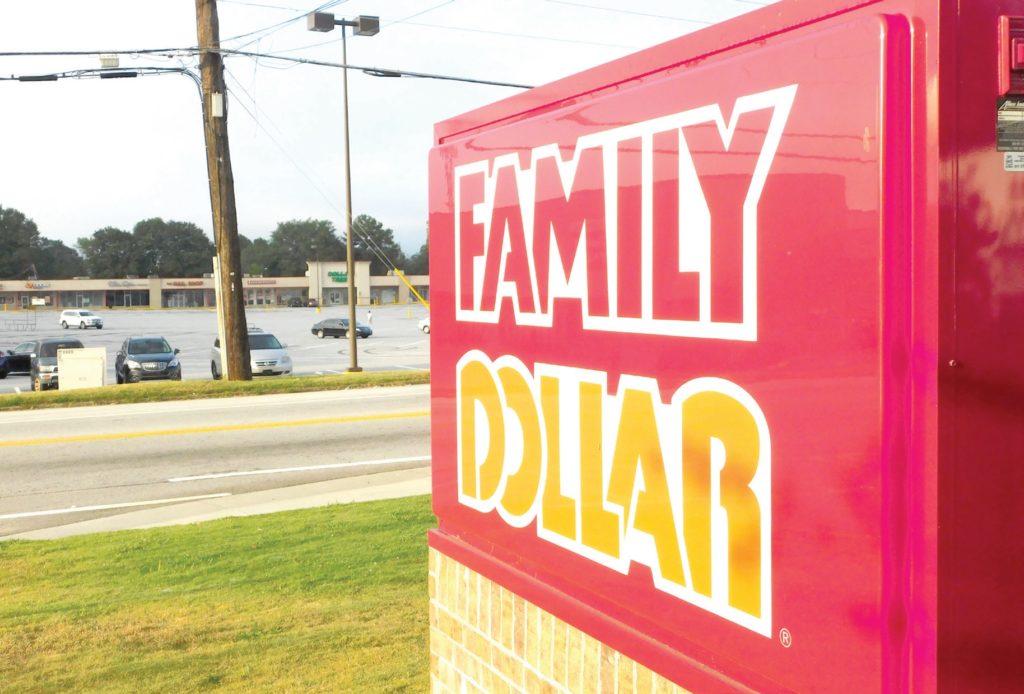 There is no shortage of Family Dollar, Dollar Store or Dollar General businesses in south DeKalb, according to some county residents.

DeKalb County Commissioner Lorraine Cochran-Johnson said she wants to put a halt on the expansion of dollar-type stores in DeKalb County. DeKalb commissioners may introduce legislation that would essentially limit how many such chains could be located in one area.

“We’re looking at ways to contain their growth because of the negative impact they have on communities and box supermarkets,” Johnson said.

Johnson said when these stores dominate shopping options rather than a mix that includes grocery stores and big box stores that offer fresh produce and meats, the situation creates “food deserts” in low-income communities. According to the Food Empowerment Project, food deserts are defined as geographic areas where residents’ access to affordable, healthy food options, especially fresh
fruits and vegetables is restricted.

In DeKalb County, 25  percent of the population, or 173,323 people, live in a food desert, according to a study from the Georgia Department of Public Health. Approximately 70 percent of adults in DeKalb over the age of 18 are consuming fewer than five servings of fruits and vegetables each day.

“There is strong evidence that residing in a food desert is correlated with a high prevalence of overweight, obesity, and premature death. There are also consistent findings that people living in low-income neighborhoods, minority neighborhoods, and rural communities face much greater challenges finding healthy food,” Georgia Department of Public Health officials stated.

Johnson said south and central DeKalb are affected the most by dollar store chains.

“There business model targets low-income neighborhoods,” Johnson said. “The majority of dollar stores are located in south and central DeKalb. This is a fact as it relates to DeKalb County. Their business model is oversaturation.”

Some DeKalb County residents said they’re tired of the dollar store chains and want more shopping variety. South DeKalb resident Monique Newsome said she has lived in the county for more  than 25 years and wants to see her community improve.

“I’ve seen the county step up in the last few years, but we’ve had a lot of shootings and we have the same type of stores on every corner. Other parts of the county don’t look like this,” Newsome said. “It’s frustrating.”

DeKalb resident Lee Foster said the south area of the county is in need of revitalization, especially along Glenwood Road.

“Bring the old neighborhood of Glenwood Road back to life with good businesses instead of dollar stores, and liquor stores on every corner,” Foster said. “I hear all this stuff about the movie  industry coming into DeKalb, bring it down to Glenwood also.”

DeKalb County offers a Fresh on Dek mobile program. The program features a 60-foot bus that travels throughout the county offering nutrition education and fresh fruits and vegetables for sale. The program, which runs through September, is designed to improve the health of the community the viability of local produce and to preserve the environment for future generations by providing access to fresh produce and nutritional education programming throughout DeKalb County, according to DeKalb County officials.