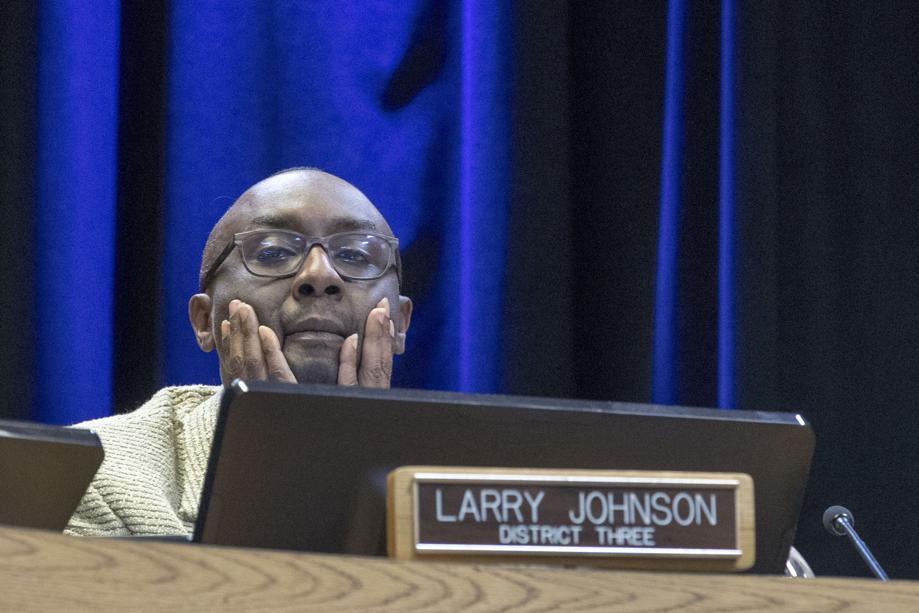 The DeKalb County commission’s discussion of a resolution to acknowledge racism against Black Americans grew strained Tuesday afternoon, as a pair of commissioners pushed for the measure to also include language about other communities that have been discriminated against.

Commissioner Larry Johnson, who is Black, drafted the “resolution to declare racism a public health crisis,” a four-page document that discusses racism’s historical and present-day impact on many aspects of society.

Using the ongoing coronavirus pandemic as an example, the resolution says that inequity in things like housing, education, employment and criminal justice all play a role in producing disparate health outcomes for Black Americans.

It says that the DeKalb County government should actively work to confront racism and ensure equity while making policy.

The resolution ultimately passed the committee where it was being considered during Tuesday’s virtual meeting. It will move on to the full Board of Commissioners next week.

But the discussion was fraught.

Commissioner Jeff Rader, who is white, asked that “person of color” be defined in the resolution so that other minority communities in DeKalb would be included. (DeKalb’s population is about 55% Black, 30% white, 9% Hispanic or Latino, and 7% Asian.)

Johnson pushed back, saying the addition would dilute the message he was trying to deliver.

Of course all lives (and racism against all people) matters, she said. But lumping Black people in with others minimizes the particular plight they’ve endured since being brought to America on slave ships 400 years ago, she said.

“You just can’t take the emphasis off of that,” Davis Johnson said. “I know it’s hard for some to understand.”

Rader nonetheless reiterated his request.  And Commissioner Nancy Jester, who is white, backed him up.

“I do think it needs to be broader because there are other communities of color that face real challenges as well,” she said. “I don’t want to be exclusive.”

The tense discussion went back and forth, with Rader saying there was no need for it to be a divisive issue and Johnson saying Rader was the one who made it divisive.

When Steve Bradshaw, the commission’s presiding officer, eventually chimed in to say that he was “ready to support the resolution as is,” Rader backed off.

“I think that obviously there is not a lot of room for improvement,” Rader said.

“You see that?” he said. “That’s the rhetoric that keeps the division going.”