DeKalb commission orders a new leader (with a side of drama) 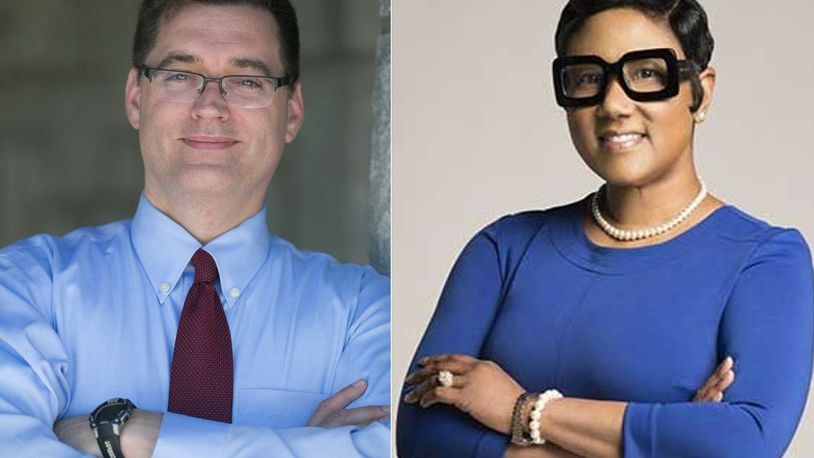 Robert Patrick was chosen as the board’s next presiding officer

DeKalb County commissioners have named a new colleague to serve as their presiding officer, a prominent position that comes with the authority to lead meetings, make committee assignments and more.

Their Tuesday morning vote, though, was not unanimous — and the outcome represented a departure from recent tradition.

Robert Patrick, a former Doraville city councilman entering his second year on the commission, was ultimately chosen as presiding officer by a 5-2 vote.

But his selection came only after the nomination of Commissioner Lorraine Cochran-Johnson was shot down. She represents the eastern half of DeKalb County and had served as deputy presiding officer for the last two years.

In recent years, the commission had put a de facto rotation in place, elevating colleagues who had served as deputy presiding officer to the higher position after two years. Commissioner Jeff Rader said the informal rule was agreed upon about five years ago after several now-former commissioners were indicted on various theft and corruption charges.

Rader said the presiding officer position had been “politicized” and manipulated in a way that helped some of that alleged activity transpire.

While Cochran-Johnson is not shy about sharing her thoughts, and tensions are not uncommon, the specific reason (or reasons) for her lack of support was not clear.

“Certain decisions that she has made I have not supported,” she said of Cochran-Johnson. “I felt that I had to vote my conscience.”

She also dismissed concerns about Patrick’s relative lack of experience on the commission, saying he was competent and a man of integrity.

Said Patrick, whose district includes the northern tip of the county: “I promise each and every one of my colleagues that you have my ear and an open door.”

Cochran-Johnson, meanwhile, was diplomatic during Tuesday’s meeting and in her response to additional inquiries from The Atlanta Journal-Constitution. While she and Rader both voted against Patrick’s nomination, Cochran-Johnson said she supports wishes him best.

“When asked to serve, I was happy to do so, but I do not have to be the drum major of any parade,” she wrote in an email. “I’ve executed my duties with pride and without prejudice. I’ve done everything asked during my term and within my role.”

Davis Johnson was later selected as deputy presiding officer by a 5-2 vote.

With flush state coffers, Kemp backs $1.6B in tax refunds