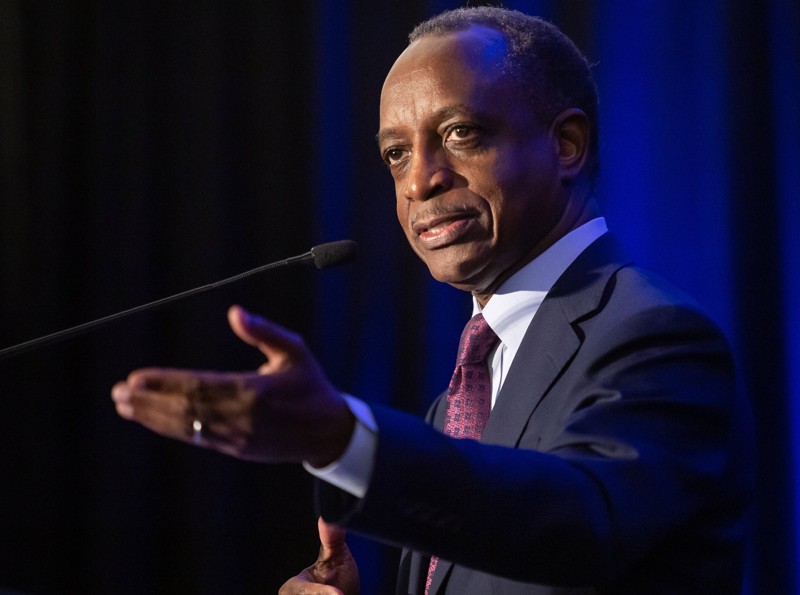 DeKalb CEO Michael Thurmond delivers his annual State of the County address at a luncheon at the Crowne Plaza Atlanta Perimeter at Ravinia on April 25, 2019. STEVE SCHAEFER / SPECIAL TO THE AJC

Most people know Michael Thurmond through his role as chief executive of DeKalb County and other high profile government roles. But he also is a historian who wrote a definitive book about how African-Americans helped shape the city of Athens.

Thurmond grew up in Clarke County, the son of a sharecropper. He researched and wrote “A Story Untold: Black Men and Women in Athens History” while attending law school. It was published in 1978.

The Athens Historical Society has re-released the book to celebrate its 40th anniversary. And tonight, DeKalb residents will get a chance to hear from Thurmond about the collection of essays and photos.

Friend of the DeKalb Public Library is hosting a book signing and reception from 7:15 p.m. to 9 p.m. The event is free and open to the public.

The book signing will be held at the Decatur Library branch, 215 Sycamore Street in downtown Decatur.