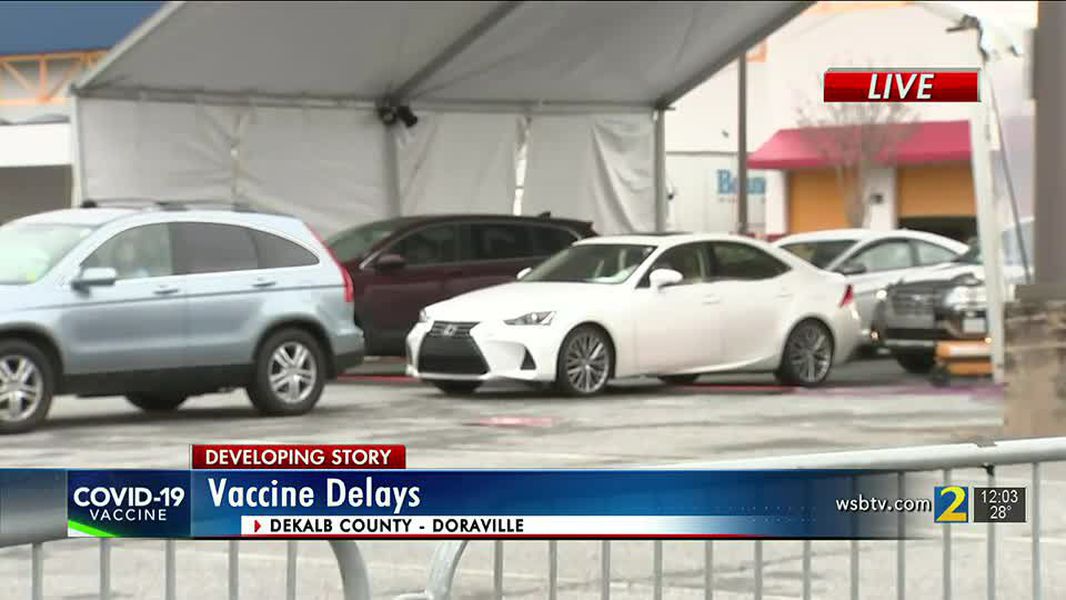 Some DeKalb County residents will have to reschedule their appointments in order to receive their second COVID-19 vaccine dose due to weather-related supply issues.

The DeKalb County Board of Health canceled about 450 second-dose Moderna vaccinations that were scheduled for Wednesday at its sites in Doraville and Stonecrest, board of health spokesman Eric Nickens told The Atlanta Journal-Constitution. The board of health later canceled Thursday’s Moderna appointments as well.

The winter storm that has ravaged much of the U.S. has affected the transportation of Moderna vaccine doses, according to the county. Vaccine shipments are delayed “until they can safely get through the supply chain,” the release said. Nickens said future Moderna appointments “are contingent on shipments.”

Anyone whose appointment was affected will be contacted by email and phone to reschedule their vaccination. The number of canceled appointments was not provided.

“Vaccines can’t be mixed,” Nickens said in an email. “If you get Moderna as the the first dose, you have to get Moderna for the second dose. The same applies for Pfizer.” 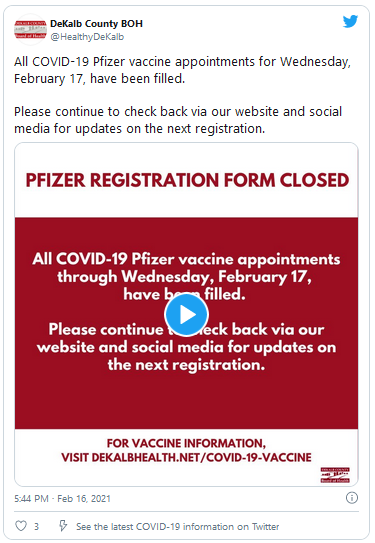 The board of health periodically opens registration when it receives more supply of the vaccines. Registration is then closed whenever all appointments have been scheduled. The direct link to register is ow.ly/VwEa50DkNUa.

Winter storms have already affected the county’s vaccine distribution efforts. The board of health delayed COVID-19 testing and vaccination services until 11 a.m. Tuesday due to threats of black ice and low temperatures.