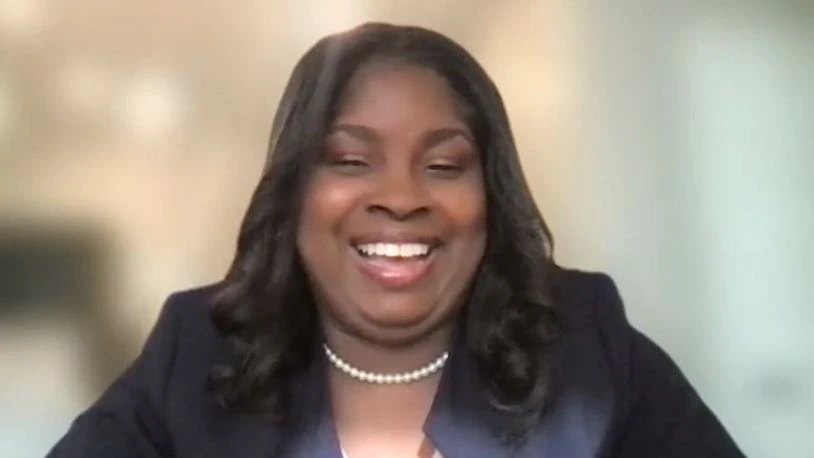 The DeKalb County Board of Ethics approved Elisa Murphy as the county’s new ethics officer on Thursday night. The county commission and CEO must still sign off on her appointment.

Elisa Murphy still must be approved by county commission, CEO

The DeKalb ethics board voted unanimously Thursday to appoint Elisa Murphy as the county’s next ethics officer, an important position charged with training and advising employees and officials as well as investigating allegations of wrongdoing.

Murphy, who is a former judge, magistrate and business ethics professor from Ohio, was one of many applicants for the job, board members said, but her wealth and diversity of experience put her over the top. She was interviewed briefly during the board’s Thursday night meeting.

She described herself as even-handed and affable.

“I believe that [previous career experiences] have ensured that I can train, I can investigate, I can collaborate with others and advise the board as to what may be an ethics violation or not,” Murphy said.

In addition to a contract being hashed out, her appointment must now be approved by the DeKalb Board of Commissioners and CEO Michael Thurmond. Those decisions could come down in a matter of weeks.

If and when she is ultimately hired, Murphy will be taking over a sometimes contentious position in an often contentious office.

Stacey Kalberman, who had served as DeKalb’s ethics officer since the board’s inception in 2016, stepped down in February, shortly before her six-year term was set to expire. She had been leading a newly reconstituted board that’s still trying to find its footing after nearly three years in legal and legislative limbo — a period that included some state lawmakers attempting to eliminate her position altogether.

Kalberman also left amid a colleague’s complaint of discrimination and retaliation, although she has denied the allegations and said her departure was wholly unrelated.

Deputy ethics officer LaTonya Nix Wiley accused Kalberman of harboring a “negative bias toward Black people” and stonewalling her after she filed complaints.

Wiley is currently on paid administrative leave pending an investigation, which appears set to launch soon.

Board members did not offer more specifics, but they did vote Thursday night to hire the McFadden Davis law firm as an “independent counsel to conduct an independent investigation” into personnel matters they had discussed during a closed door portion of the meeting.

Murphy, meanwhile, currently lives in Ohio. If hired as the county’s next ethics officer, she would have to move to DeKalb within six months.

Murphy said Thursday she has family and friends in Georgia and the Atlanta area — and would look forward to the warmer weather.

Ethics board member Bill Clark said hiring someone from out of state could have other benefits, too.

“She doesn’t have biases, she’s not tied in to somebody who may be involved with misconduct,” Clark said. “She’s gonna come at it with an open look, and she’s gonna call a ball a ball and a strike a strike.”

Section of Palafox Drive NE to be Closed May 20