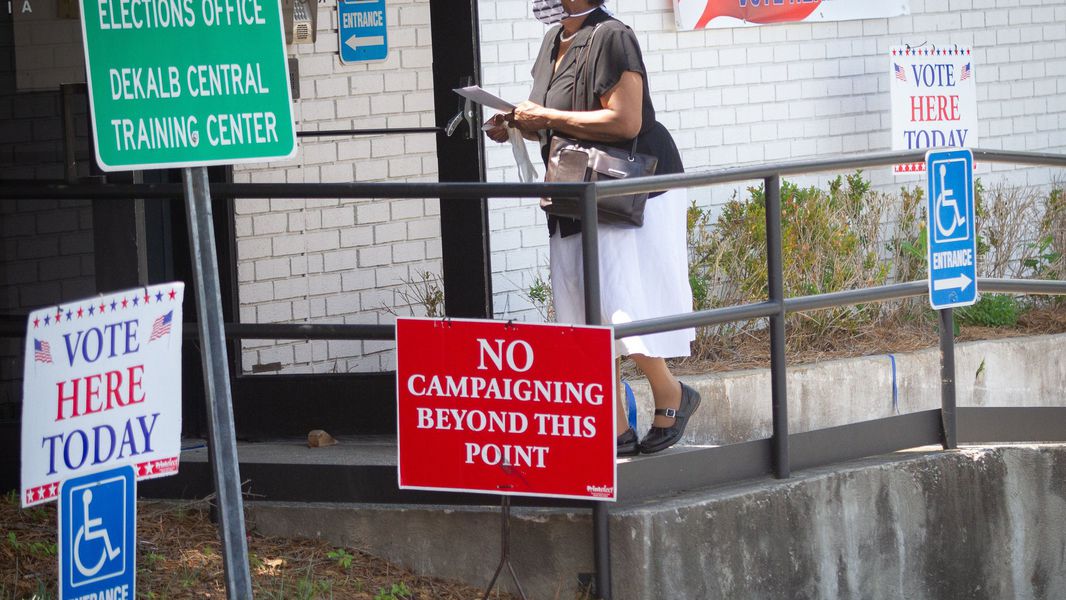 A woman walks into the DeKalb County Voter Registration & Elections Office to vote in Decatur Saturday, May 30, 2020. STEVE SCHAEFER FOR THE ATLANTA JOURNAL-CONSTITUTION

Georgia Secretary of State Brad Raffensperger is asking DeKalb County officials to reconsider sending absentee ballot requests to both active and inactive voters ahead of November’s election, saying such a decision “increases the possibility of voter fraud.”

“Individuals looking to undermine the integrity of Georgia’s elections could use the unclaimed requests to obtain absentee ballots fraudulently in the name of people who have moved elsewhere,” Raffensperger said.

Ahead of June’s primary election, Raffensberger’s office sent absentee ballot applications to Georgia’s 6.9 million active voters, but not to those on the inactive list. The secretary of state has said he has no intention of sending unsolicited applications to any voters ahead of November’s general election.

In addition to his claims about fraud, Raffensperger’s press release described DeKalb’s plan to send inactive voters absentee ballot applications as a waste of tax dollars. Pointing to the issues the county experienced during June’s primary election (many of which local officials blamed on the state’s new voting system), he said the resources would be better spent elsewhere.

Said Raffensperger: “Instead of wasting tax dollars, DeKalb should use that money to fulfill its actual duties under Georgia law, which include ensuring that they have sufficient poll workers who are well trained on all equipment and operations, sufficient polling places that can handle the large volume expected in November, and sufficient staff to timely process the absentee ballot requests that do come in.”

The absentee-by-mail voting system has been a topic of national discussion in recent weeks, with President Donald Trump declaring it to be ripe for fraud. Experts say that’s not true.

“No one has been able to prove to me that voting absentee by mail creates any fraud problem whatsoever,” he said. “We’ve been doing this in DeKalb County for years and we’ve never had an issue.”

“Unless the secretary of state is issuing an order mandating that we not do this, or telling us not to do this, then as far as I’m concerned nothing is changed,” he added.

OPINION: Are dollar stores the problem or the symptom of larger issue?