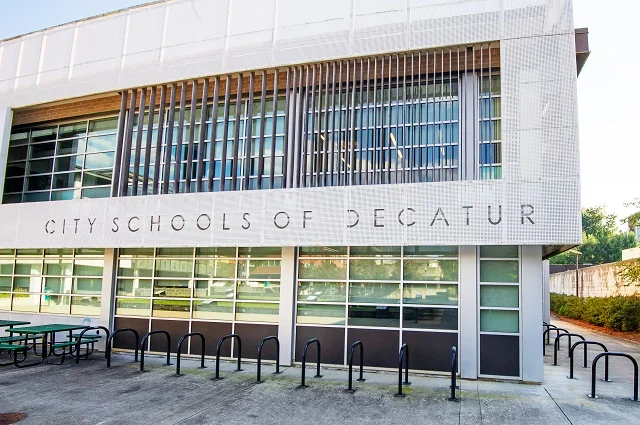 The Decatur School Board, at its Nov. 30 work session, began preliminary discussions of the fiscal year 2022 budget that will be reviewed and the 2023 budget priorities.

City Schools of Decatur Chief Financial Officer Lonita Broome gave an overview of the fiscal year 2022 revenue and expenditures as compared to the last few years.

Salaries and fringe benefits make up 86% of the district’s expenditures and has increased since 2019.

“Salary and fringe benefits have increased at a minimum of 11% since 2019,” Broome said. “Some of the factors that have contributed to the increase include staff increases and raises for each year and opening Talley Street in [2019].”

Salaries and benefits also increased in the last fiscal year as the salary scales were adjusted to make City Schools of Decatur more competitive in the metro Atlanta region.

Typically, the largest areas of spending are professional services, supplies and materials, technology supply, software and equipment, repairs and maintenance.

“From fiscal year 2019 to 2020 there was a large increase in equipment purchases related to the opening of Talley,” Broome said. “The fiscal year 2021 operational budget shifted in the same category in order to meet the requirements of students and staff related to the pandemic. Funds within each category were reallocated as needed to meet the needs of the department.”

The expenditures for travel, lodging and registration has also fluctuated from year to year. The expense was about $68,000 in FY20 but decreased to about $3,000 in FY21 and has significantly increased to about $143,000 in the current budget.

“Out of state travel was stopped during the pandemic,” Broome told Decaturish. “Also, remember that FY2022 is the budget whereas FY19-FY21 are actual expenditures. In the operations budget, departments/schools are allowed to reallocate funds as needed. For example, you may have an initial budget in travel of $143,340; however, schools/departments may move money from travel to professional services or supplies so at the end of the year your actual spend may be lower or higher for a specific category.”

She added that the original budget for travel in FY19 was $135,511, but the actual amount spent was about $93,000. About $153,500 was allocated for travel in FY21, however, due to the ban on travel funds were reallocated to different areas.

She also reviewed some major general fund revenue sources of City Schools of Decatur, with local sources, like property taxes, and state funding being the largest categories.

Local sources of revenue is the largest source for the district and property taxes account for a majority of the local revenue. Property taxes generate an average of 52% of CSD’s revenue.

If the tentative millage rate for the next fiscal year stays at 21 mills, the digest for current real and personal property is anticipated to increase by about 8% in fiscal year 2023.

The CSD millage rate was set at 18.66 in fiscal year 2019 and has increased to 21 mills in the current fiscal year. Property values have also increased over that last few years, Broome said. The district anticipates collecting about $45.5 million in property tax revenue.

The second-largest funding source comes from the state. State funding through the quality basic education formula make up 40% of the district’s revenue. One of the main factors that determines the amount of QBE funding the school system receives is the full time equivalent, which is based on enrollment and education services provided.

“If enrollment decreases, so does QBE funding,” Broome said. “A second factor that affects QBE earnings is local fair share, or local five mill. This is the amount of funds each school district is required to contribute each fiscal year to participate in QBE.”

The local five mill share is what every school system is expected to contribute to a local share of revenue, which would be generated by five mills of the property taxes. The state automatically deducts this amount when allocating funding.

“Revenue is anticipated to decrease in fiscal year 2022 also primarily due to austerity reductions and an increase in the five mill share,” Broome said.

Superintendent Maggie Fehrman additionally outlined some general budget priorities for the next year that the School Board could consider. One main goal of the district is to have equitable outcomes for students. The budget priorities related to that would be to increase the number of mental health and guidance counselors and equity personnel, Fehrman said.

Another goal is to reward and recognize staff to attract and retain a diverse staff, and the budget priorities could be to have competitive pay and provide staff development opportunities. The third goal was to have operational excellence. Fehrman suggested that budget priorities could be financial stewardship and investing in safety and security in the school system.