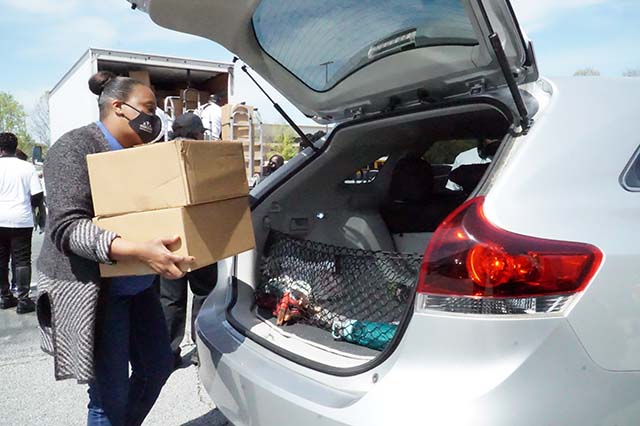 DCSD officials placed boxes of food in produce in the trunks of cars to limit contact between families and staff at the spring break food distribution event. Photos by Jay Phillips

Families packed DCSD’s Administrative and Instructional Complex parking lot in Stone Mountain and lined up along Mountain Industrial Boulevard to receive food. District officials said the demand at the spring break food drive event was higher than expected, and that future DCSD food distribution events will have at least twice the amount of food. 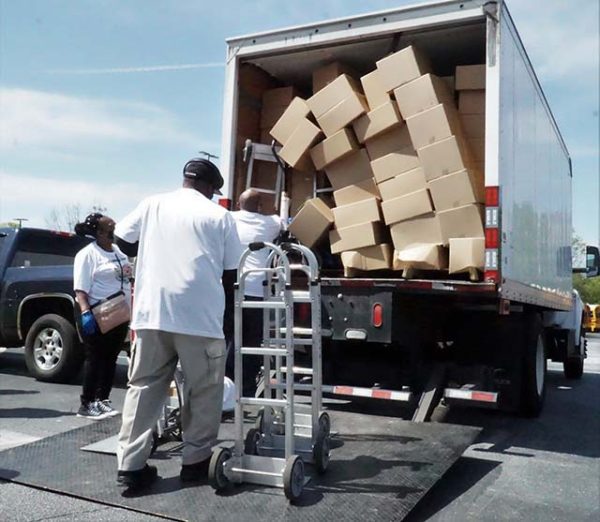 District officials said they plan to increase the amount of food distributed at future DCSD events.

“We’ve learned from this,” said DCSD Executive Director of School Nutrition Services Connie Walker. “This is our first experience with this volume. Next time we do this, we’ll double [the amount of food distributed]. The turnout is significant, and it shows you how many people are in need.”

Distribution began than two hours earlier than was planned, according to Walker.

Walker said DCSD previously held food distribution events inside of schools, but district officials took a new approach due to the number of people they believed were in need. 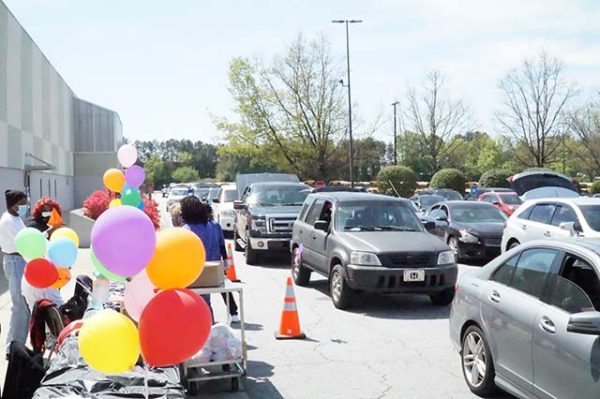 Cars lined up in DCSD’s parking lot and down Mountain Industrial Blvd to receive food.

“We started break meal service a couple of years ago, but it was designed to be inside of a school building,” said Walker. “What we’ve observed today is it’s more important to bring it out. Bringing it out is more of an outreach, it’s in the community and it just reaches more people.”

Walker estimated that district officials distributed four times the amount of food at their one-day event April 3 than during a weeklong distribution event hosted inside a school building during winter break.

According to Walker, district officials can offer similar events in the future thanks to approved federal regulations. She said DCSD officials can now serve meals on weekends and more frequently. Walker also said demand from the community is the driving force behind offering more meal distribution events.

“A lot of [parents] said they didn’t know how they would have made it this week—for spring break—without this support,” said Walker. “We’ve been providing curb meal service and meal service in a variety of ways since the pandemic [began]. We knew that the need was out there—and we were concerned about them not having the access while they were at home for spring break—so we felt this was significantly important to develop this as a backup plan.”

Order in the court