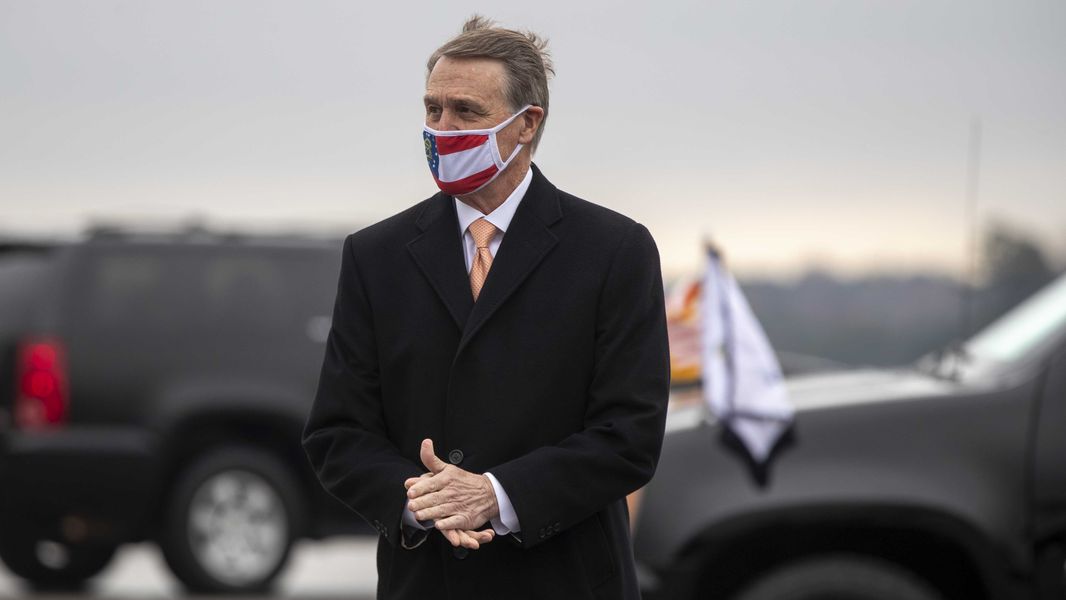 Former U.S. Sen. David Perdue announced Tuesday that he will not mount a comeback campaign in 2022. (Alyssa Pointer / Alyssa.Pointer@ajc.com)

Former U.S. Sen. David Perdue will not launch a comeback bid next year, clearing the way for other Republicans to enter what could be a crowded 2022 race against Democrat Raphael Warnock.

“This is a personal decision, not a political one,” he said in an email to supporters. “I am confident whoever wins the Republican primary next year will defeat the Democrat candidate in the general election for this seat, and I will do everything I can to make that happen.”

The Atlanta Journal-Constitution first reported earlier this month that Perdue was considering another Senate run, essentially freezing the field until he made up his mind. His aides said he was seriously considering a comeback, though many political insiders were skeptical.

Other Republicans are now clear to move forward with their plans. Loeffler, who announced she was creating a GOP voting registration group on Monday, said in an interview that she is considering a run. So is her Republican archrival, Doug Collins, a former U.S. House member who told the AJC he was weighing a run for the Senate or a primary challenge to Gov. Brian Kemp.

Perdue was narrowly defeated by Democrat Jon Ossoff in a Jan. 5 runoff, part of a Democratic sweep that also lifted Warnock over Loeffler to fill the expired term of retired Republican Johnny Isakson. Their upset victories flipped control of the Senate, giving Democrats a narrow edge in a 50-50 chamber with Vice President Kamala Harris as the tie-breaker.

A former Fortune 500 executive, Perdue was probably the only candidate who could scare off other well-known Republican challengers in 2022, when Warnock is up for a full six-year term that will test how decisively Georgia has shifted to the left. Kemp is also running for reelection and is widely expected to face Democrat Stacey Abrams.

Perdue would have entered the race with advantages, including roughly $5 million in campaign cash remaining in his bank account, sky-high name recognition after the nationally watched runoffs and a close alliance with former President Donald Trump, who still remains popular among state Republicans even amid eroding poll numbers.

But people close to Perdue also stressed that he didn’t relish the campaign trail and would be happy in retirement at his Sea Island estate. And even some of his closest allies were surprised he floated the idea. One said Perdue wanted to keep “all options open” in case.

In his note to backers, Perdue maintained that “Georgia is not a blue state” because he amassed more votes than Ossoff in November. And he called on state lawmakers to “correct the inequities in our states laws and election rules,” echoing false claims of widespread voter fraud that he and other Georgia Republicans promoted during the nine-week runoff campaign.

Along with Loeffler and Collins, several other Republicans could join the fray. The list of potential contenders includes Agriculture Commissioner Gary Black, Lt. Gov. Geoff Duncan and attorney Randy Evans, a former U.S. ambassador to Luxembourg with ties to Trump.