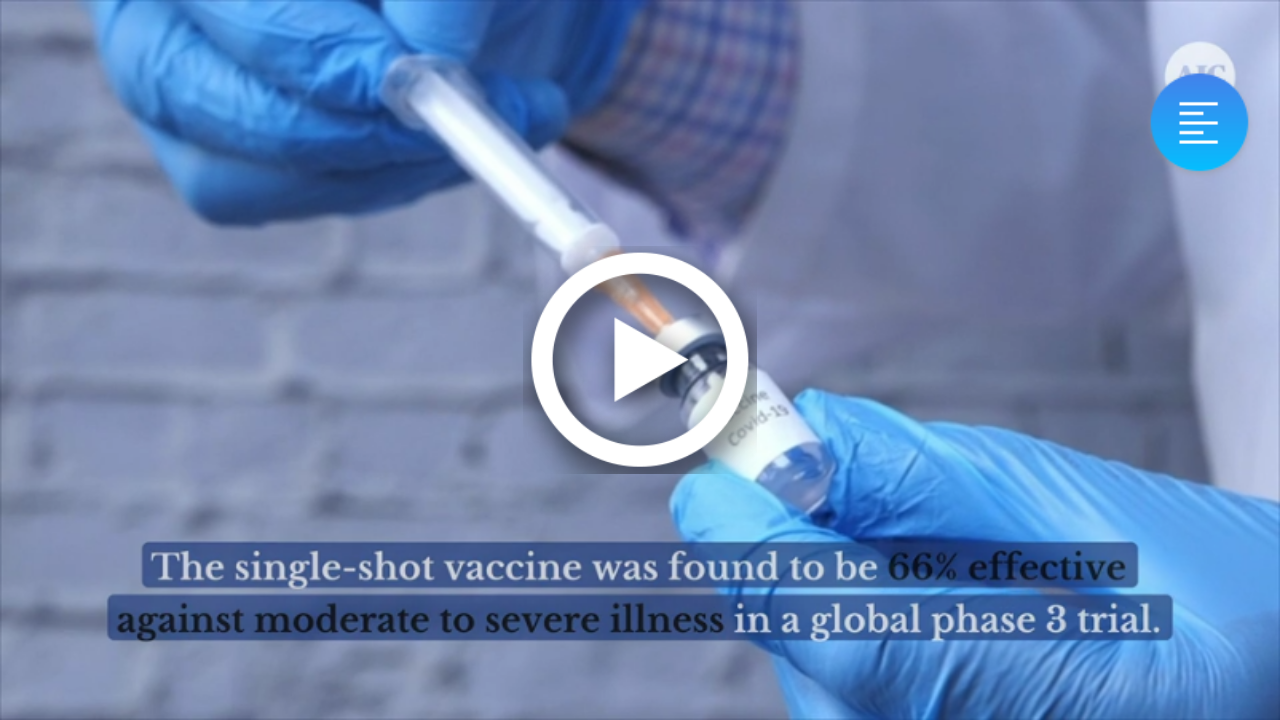 Johnson & Johnson’s COVID-19 Vaccine Is 66% Effective in Global Trial.The single-shot vaccine was found to be 66% effective against moderate to severe illness in a global phase 3 trial.Against severe disease, the vaccine was 85% effective globally in adults of all ages and racial groups.In the United States, the vaccine was 72% effective against moderate and severe disease.Despite other vaccines being around 95% effective, experts say the Johnson & Johnson vaccine will still be useful.A vaccine that’s inexpensive, that’s a single dose, and that has no cold chain requirements — that’s pretty good. , Dr. Anthony Fauci, via CNN.Johnson & Johnson is set to apply for emergency use authorization through the U.S. Food and Drug Administration next week, hoping for a late February rollout

State health officials are growing increasingly concerned about whether doses of the Johnson & Johnson coronavirus vaccine may expire this month, warning they could go to waste if they go unused in the coming weeks or are not sent elsewhere.

Gov. Mike DeWine of Ohio has pleaded with health providers in his state to use about 200,000 doses of the vaccine that he said Monday were set to expire June 23. The state’s health department directed providers to adopt a “first-in, first-out” process for the shot to ensure doses with earlier expiration dates were used first. Arkansas’ state epidemiologist said last week that as many as 60,000 doses of Johnson & Johnson may not be used there in time.

Dr. Marcus Plescia, who represents state health agencies as the chief medical officer for the Association of State and Territorial Health Officials, said he believed the expiration risk for Johnson & Johnson was a problem in every state. More than 10 million doses of the vaccine have been delivered to states but not administered, according to data collected by the Centers for Disease Control and Prevention. 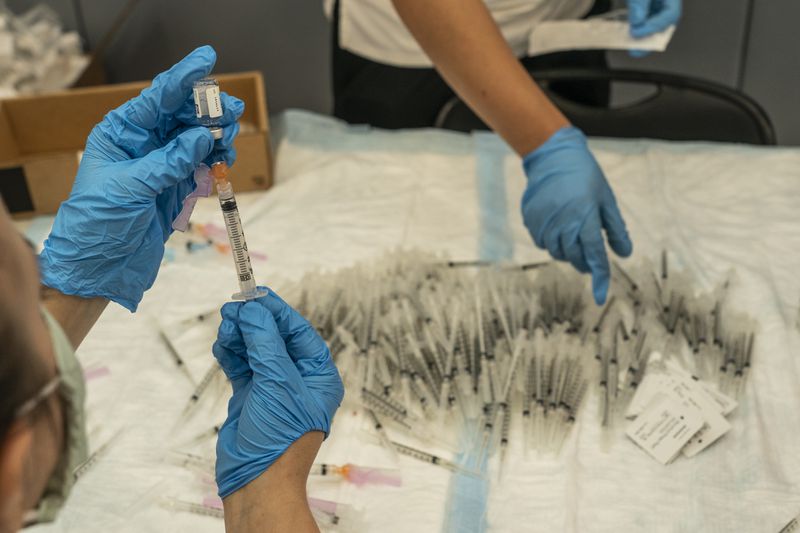 Health care workers prepare Johnson & Johnson coronavirus vaccines in Houston. State health officials are growing increasingly concerned about whether doses of the Johnson & Johnson coronavirus vaccine may expire this month, warning they could go to waste if they go unused in the coming weeks or are not sent elsewhere. (Go Nakamura/The New York Times)

Andy Slavitt, a White House pandemic adviser, said Tuesday at a news conference that the federal government was encouraging governors to consult with the Food and Drug Administration on storage procedures as the agency examines how to possibly extend the shelf life of the vaccine. He said the agency was “looking at opportunities for continued storage.”

“We continue to work with the U.S. government and health authorities to support the use of our vaccine, which continues to play an important role, including among those who wish to be fully vaccinated with one shot,” the company said in a statement. “We also continue to conduct stability testing with the goal of extending the amount of time our COVID-19 vaccine can be stored before expiry.”

The single-dose Johnson & Johnson vaccine can be stored at normal refrigeration temperatures for three months, conditions that have allowed states to reach more isolated communities that may find it more difficult to manage the two-dose vaccines made by Pfizer-BioNTech and Moderna, which have stricter storage requirements. Pfizer’s vaccine expires six months from its manufacture date.

Concerns among state health officials about the Johnson & Johnson doses have dovetailed with a significant drop in vaccination rates across the nation. As of Monday, providers were administering about 1.13 million doses per day on average, around a 67% decrease from the peak of 3.38 million reported April 13. About 64% of U.S. adults have received at least one shot, according to federal data.

“There is a very, very small fraction of doses that have been sent out to states that will ultimately not be used. These will be fractional amounts and really will not have any significant bearing on our ability to commit to distribute vaccines globally.”
– Andy Slavitt, a White House pandemic adviser

Dr. Tedros Adhanom Ghebreyesus, the director-general of the WHO, bemoaned at a news conference Monday what he called a “two-track pandemic,” with wealthy countries using much of the world’s vaccine supply.

“The inequitable distribution of vaccines has allowed the virus to continue spreading, increasing the chances of a variant emerging that renders vaccines less effective,” Tedros said, adding “the biggest barrier to ending the pandemic remains sharing: of doses, of resources, of technology.”

At the White House news conference, Slavitt said it was unrealistic to expect that the United States could avoid wasting some vaccine doses, adding that any expired Johnson & Johnson doses would not significantly affect the administration’s efforts to help vaccinate other countries.

“There is a very, very small fraction of doses that have been sent out to states that will ultimately not be used,” he said. “These will be fractional amounts and really will not have any significant bearing on our ability to commit to distribute vaccines globally.”

The return of the Stone Mountain Farmers Market