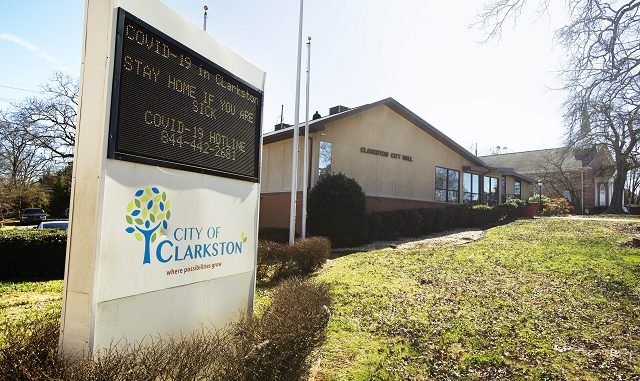 Before a resolution to activate a DDA can be adopted, the city must delineate the geographic boundaries of its area of operations, appoint a board of directors, and decide when board members’ terms will begin. Board members must either own a business in the Clarkston downtown area or be residents of the city, and at least one board member is likely to be an elected official.

Residents Dean Moore and Brian Medford suggested more public meetings and input from the DeKalb Development Authority before moving forward. Council members stated that since municipal elections are this fall, the DDA would likely be activated after new terms for city officials begin in January of 2022.

The city is in the process of working out a license agreement with Georgia Power to install electric vehicle charging stations on city property.

The city also received bids for a SPLOST 8 capital project to resurface Market St. and install sidewalks. The lowest qualified bid came from Ohmshiv Construction, LLC, based in Lawrenceville. Resident Brian Medford praised the project and commented that based on similar recent projects he believes that adding the sidewalks will help calm traffic along Market St.

In other news, the family of Blanche Hardy requested that they be allowed to plant a memorial tree for her in the Friendship Forest.

Items from this work session will be placed on the agenda for the regular city council meeting on September 7.