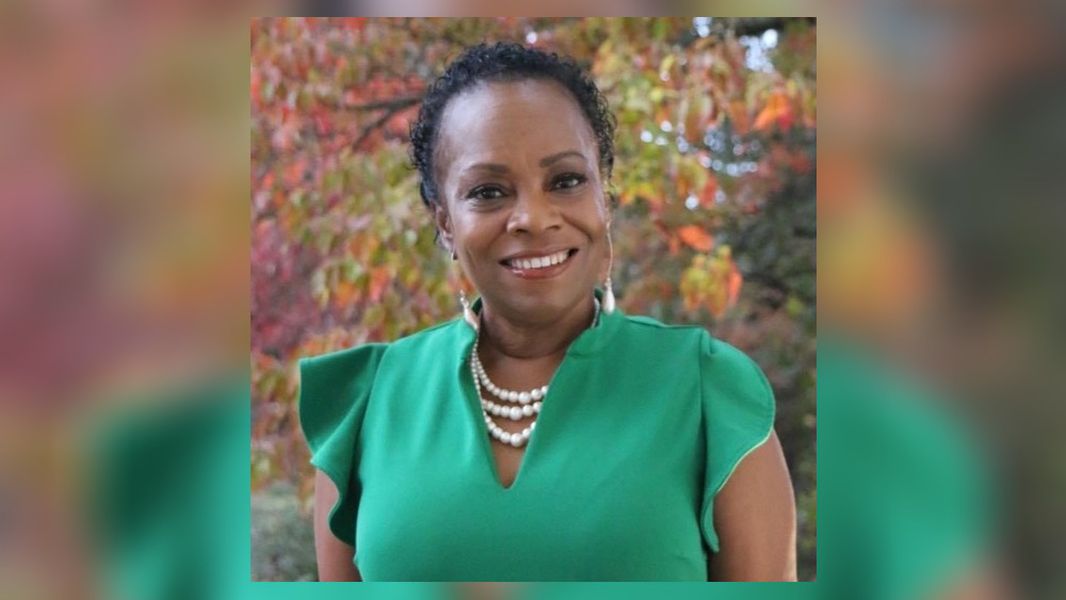 Beverly Burks will turn 53 years old on Nov. 30, but that won’t be her only reason to celebrate.

That day she will be sworn in as the first Black woman to be mayor of Clarkston in its 138-year history.

Burks told The Atlanta Journal-Constitution that her election coincides with that of another prominent African-American woman — a fellow Alpha Kappa Alpha sorority member who is projected to become the next vice president.

“I’m honored that my Vice President-elect (Kamala Harris) and I are being first,” she said. “Just to see how we can all come together to make change is a beautiful thing.”

During a Nov. 3 special election, Burks received about 57% percent of the vote, defeating Yterenickia “TY” Bell, according to DeKalb County data. Burks received 1,804 votes to Bell’s 1,356 votes in totals certified on Thursday.

Bell posted an apparent concession on Twitter last week. DeKalb is in the process of certifying its election results Thursday afternoon. 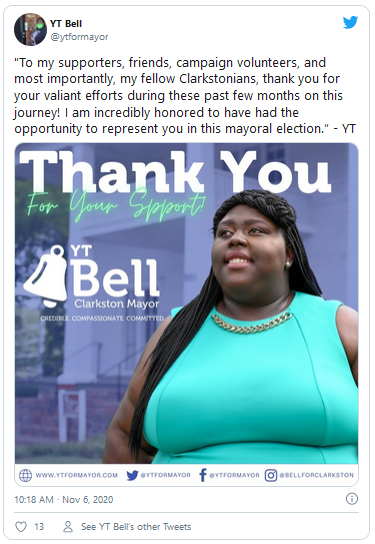 Burks, a former Clarkston councilmember, said she hopes to accomplish a long list of initiatives before the end of next year. Because she will fill the vacated position of Ted Terry, who will join the DeKalb County commission next year, a new mayoral election will be held at the end of 2021. Burks said she will run again.

“Everyone has a different style, and one of the things that is very important is to listen to the Council, be respectful of the Council and do what is in the best interest of the community,” Burks said. “I think that’s a good formula for us to move forward.”

The city’s COVID-19 response was among the first initiatives she mentioned, and she plans to keep expanding safety efforts in Clarkston. Burks is a member of the Clarkston COVID-19 task force, so she’ll continue mask distribution efforts and work to further the city’s rent assistance program for those affected by the pandemic.

It’s unclear if local cities will receive federal coronavirus reliefs funds in the future to bolster those programs, but she said the city will explore alternative methods if needed.

“The rent program might be something where we’ll have to look at partnering with other organizations or seeking grants to compensate for that,” she said.

For the latter, she plans to create a task force to examine the Clarkston Police Department and whether it needs additional resources or additional training courses to better connect with residents.

“We have an excellent police department, and I’m very thankful for Chief (Christine) Hudson and everything that she’s doing under her leadership,” Burks said. “I want to see how we can help her and make our police department be more community focused in terms of training and things they need so they can be more involved with the community.”

Burks will continue her job as the community engagement director for the Fulton-DeKalb Hospital Authority in addition to her mayoral duties.