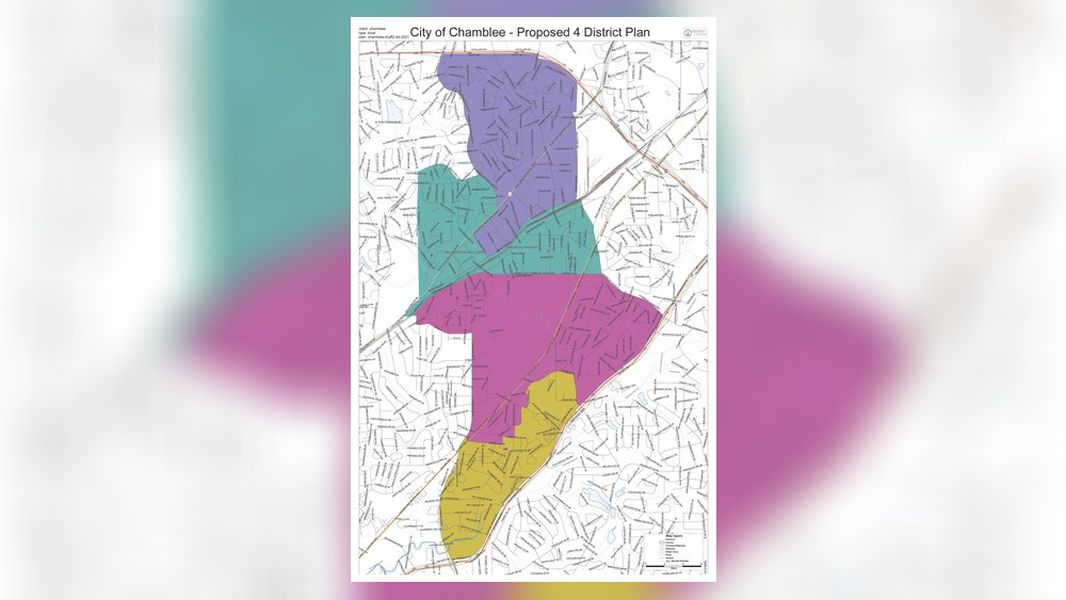 This is a proposed map of Chamblee that includes a fourth district.

The next time Chamblee residents vote, they should see a fourth City Council district seat on their ballot.

The state Legislature recently passed a bill to redraw Chamblee’s districts, creating a fourth one in the process. The new district will represent areas east of Buford Highway, a corridor known for its diverse immigrant populations.

The area was annexed into Chamblee years ago, and no current city leader lives in that portion of town. At-large Councilman Brian Mock said the city began to re-evaluate its districts after the city’s other at-large councilman, Darron Kusman, resigned in October ahead of a potential ethics investigation.

Mock previously told The Atlanta Journal-Constitution that the new district lines could be redrawn in a year or two when the 2020 Census data becomes available.

“It’s a tricky game when you’re playing with 10-year-old data,” he said, adding that current elected officials couldn’t be drawn out of their districts. “I’m comfortable that it is the best map that we could come out with.”

Chamblee residents vote for all council seats regardless of which district they called home, meaning district lines only limit who can run for each seat. Hapeville is the only other Georgia city whose local elections operate this way.

The Chamblee City Council endorsed the new map and reaffirmed their support for across-district voting despite some complaints from residents.

“I think it’ll make the council stronger,” Mayor Eric Clarkson previously told the AJC. “It’s great to have different perspectives from around the city, but it’s also incumbent on our city officials to know everything that’s going on in our city regardless of whether its in your district or not.”

Judge rules against much of Georgia voting lawsuit over 2018 election

DeKalb school district says no to prom for a second year