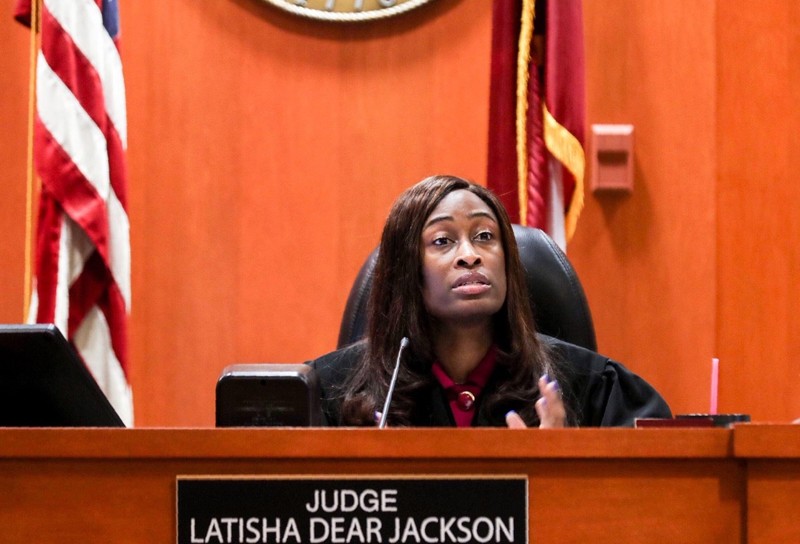 By Christian Boone and Bill Rankin

Former DeKalb County Police Officer Robert “Chip” Olsen was sentenced on Friday to 20 years, with 12 to serve in prison for shooting and killing an unarmed, mentally-ill military veteran

Judge LaTisha Dear Jackson imposed the sentence after an emotion-packed hearing that lasted more than three hours. Her decision brings to a close a case that has lingered for more than four years and has been watched closely as a test of police accountability.

Olsen’s defense lawyers had asked that the ex-cop faces five years behind bars; prosecutors had sought 30 years, with 25 to serve and five on probation.

Olsen, 57, was acquitted last month on two charges of felony murder for shooting and killing Anthony Hill on March 9, 2015. But the ex-cop was convicted on four lesser charges: aggravated assault, making a false statement to a police officer, and two counts of violating his oath of office. 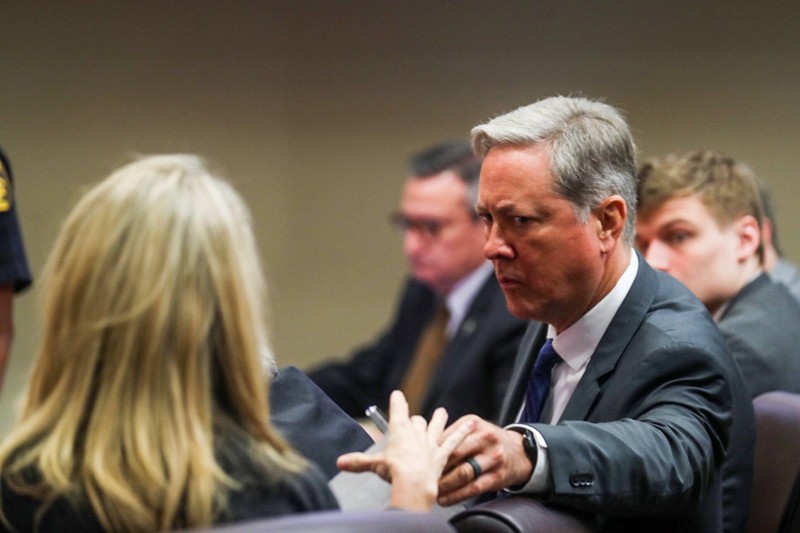 At Friday’s hearing, Hill’s mother spoke of how Olsen’s decision to shoot had shattered her family.

“I know Mr. Olsen didn’t wake up that day and say I’m going to shoot Anthony Hill. But his decision to use lethal force is why I do not have my son. My only son,” Carolyn Guimmo told the judge.

DeKalb prosecutor Pete Johnson said Olsen must be face the consequences for shooting an unarmed, naked man in broad daylight and then lying about it.

But defense lawyer Don Samuel argued that Olsen represents no ongoing threat to the community and urged the judge to resist efforts to use the case to a make broader statement about police conduct.

Hill, 26, had stopped taking his meds and had stripped off his clothes when he encountered Olsen in the parking lot of the Heights Chamblee apartment complex.

When Hill ran toward Olsen, ignored his commands to stop. Olsen fired twice.

Olsen has maintained he acted in self defense.