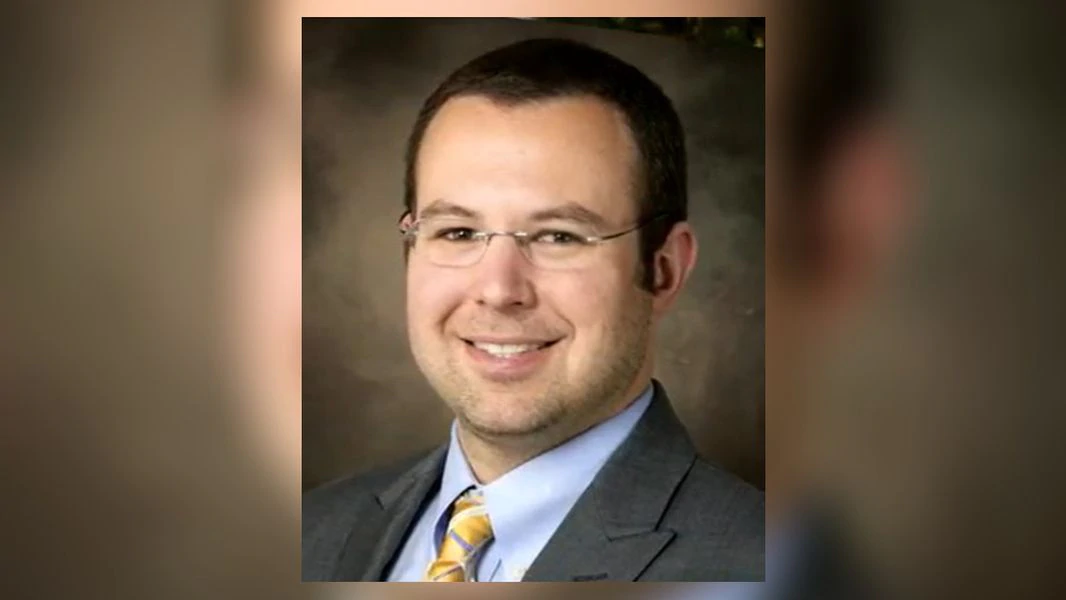 Days before the city of Chamblee was going to begin an ethics investigation into one of its council members, he resigned.

Darron Kusman, who served on City Council for eight years, resigned Friday, Chamblee’s spokeswoman confirmed. In a statement, the city said, “We are appreciative of his service to the community and wish him well.”

On Monday, a three-member ethics board was scheduled to oversee a hearing regarding three ethics allegations made against Kusman by resident Bruce Brittain. He claimed the councilman failed to be transparent in his connection to the development of property at 1723 Harts Mill, according to court documents.

Developers plan to build five single-family homes on the narrow, 1.04-acre lot. The ethics complaint said Kusman owns the development company Roma Ventures, LLC, and has indicated he’s connected to Falcon REI, LLC, which is listed as the plot’s developer. Kusman denied the allegations at the time.

“After careful review and consideration, I have decided that I am best able to serve my community and my family as a developer,” he said in his resignation letter. 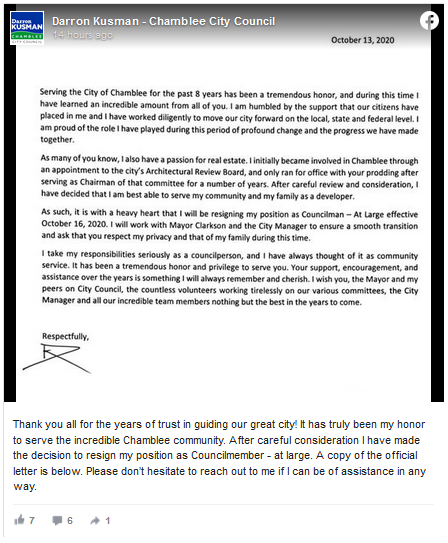 Brittain told The Atlanta Journal-Constitution that Kusman’s resignation ends the ethics investigation and removes the potential for conflicts of interest in the development. However, he said the process revealed some issues with the city’s ethics code. This would have been the city’s first ethics investigation since the code was adopted in 2013.

“What came to light in the past few weeks was that the ethics code was pretty poorly written,” he said. “Unless you have deep pockets, it’s very tough or off-putting to bring an ethics investigation, since early in the process, you have to hire a lawyer. If you’re living paycheck to paycheck, you really can’t hold them accountable.”

Greg Hecht, an attorney representing Kusman, sent the resignation letter along with a statement to former DeKalb County District Attorney Robert Wilson, who was acting as a hearing officer in the ethics case. Wilson previously allowed the case, which was filed June 22, to proceed.

“While our client strongly disagrees with the complaint and the basis for it, he is tired of having to deal with the public discord and the impact on his family,” the statement said. “In addition, he desires to spare the city any future drama. The resources to continue this fight are large, and the looming battle will be resolved.”

Kusman’s resignation letter said he would work with city leadership “to ensure a smooth transition.”