As DeKalb deals with guns, vaping also a big concern 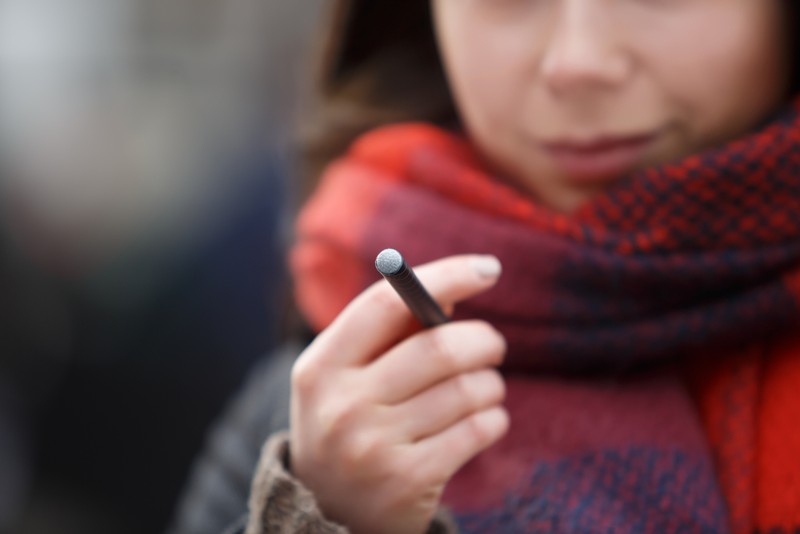 Vape pens and e-cigarettes have become an epidemic in many schools across the country. Metro Atlanta schools have not been immune to the rise. Photo: SHUTTERSTOCK

A Sept. 19 tweet from the DeKalb County School District serves as a public service announcement to students and parents against vaping, voiced by one of the district’s students.

“The bottom line is all these are unsafe for kids teens and young adults,” the student says at the beginning of a 53-second video.

Vaping — the inhaling and exhaling of vapors produced by a heated nicotine liquid in an electronic cigarette or vape pen — has become popular with students, increasing dramatically in recent years.

DeKalb County School District officials said tackling vaping is among the priorities in a multi-tiered intervention plan as vaping incidents on campus continue to rise, as well as incidents involving bringing guns to school and gang activity.

The district has planned a “full-fledged campaign” on vaping, including student-collaborated anti-vaping videos and ads to be displayed on monitors throughout school district buildings, on DeKalb Schools TV, through social media and in DCSD Magazine.

Lakeside High School had a speaker discuss vaping with parents and students in separate events in September.

“The district is currently working with a representative from the Centers for Disease Control and Prevention to solidify training for senior-level staff and cabinet on this important topic,” officials said, adding the training would be offered to school officials, parents and the community as well.

Vaping is illegal for anyone under 18, but has become so much of a problem that local school districts recently began enforcing no-tolerance policies for those found using the pens or e-cigarettes, with penalties including suspensions, dismissals and placement in alternative programs.

Nicotine is the primary ingredient in e-cigarettes and is highly addictive and can affect adolescent brain development, according to information from the Centers for Disease Control and Prevention. The CDC also said some e-cigarettes can contain other harmful substances besides nicotine.

“Help save a life,” the student said in the e-cigarette video. “Protect yourself before you wreck yourself.”

District officials have not said when changes to the discipline policy or code of conduct related to vaping would come, but suggested they would.

In Paulding County, the district added regulations in line with other current practices that call for out-of-school suspensions for students caught with vaping devices. If a student’s vaping device contains an illegal drug, the first-offense fine is 10 days out of school and a possible recommendation for long-term suspension or expulsion.

DeKalb Schools authorities confiscated several vaping pens and cartridges from students in searches Sept. 27 at Lakeside, Cedar Grove and Columbia high schools, part of a planned series of random sweeps that will take place throughout the year to deter students from bringing the pens and weapons to schools.