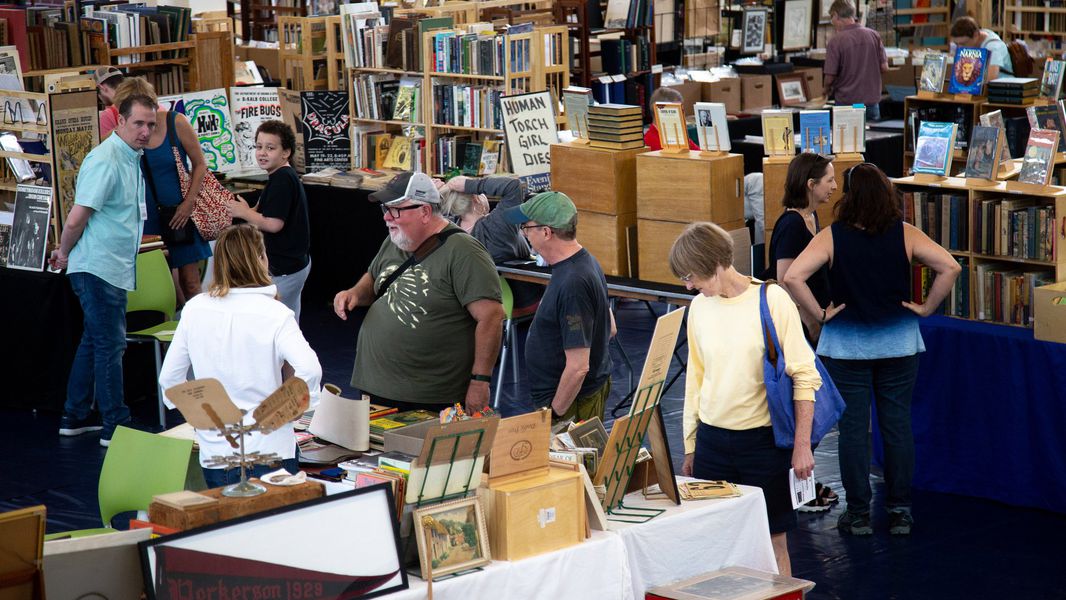 About 60,000 people came to the AJC Decatur Book Festival in 2019. STEVE SCHAEFER / SPECIAL TO THE AJC

The Atlanta Journal-Constitution Decatur Book Festival announced it and three other gatherings would take place in early October as a big return after a yearlong hiatus due to the COVID-19 pandemic.

However, Decatur city officials didn’t expect the announcements so soon, since event details hadn’t been finalized and permits hadn’t been approved.

“It caught us by surprise, but we’re also excited about it,” Assistant City Manager Linda Harris said. “We’re working with them, we want to have it but we want to make sure that they are cognizant of (COVID-19).”

The book festival, which drew tens of thousands of people in 2019, will be joined by the Decatur Craft Beer Festival, Decatur Arts Festival and Amplify Decatur Music Festival. The four events will take place between Oct. 1 and 3.

The festivals were announced late last week in a news release that was posted to the book festival’s website. Citing conversations with the event hosts, Harris said the events will be smaller in scale than typical years.

“From the press release, it sounds like four huge festivals. There are four events, but they’ve all been scaled back,” she said. “… We’ve been cautious until now, so we still want to keep (reopening the city) slowly as we watch the numbers.”

Mike Killeen, founder of Amplify My Community, said the announcement was meant to let people know to set that October weekend aside to avoid missing out on these festivals.

“The release was intended as a save-the-date, so to speak,” he said. “… We are working with the city to organize this. The city has not given us a final blessing, but we are hopeful that if we take the steps that we intend to take, this will be a wonderful weekend that will bring festivals back to Decatur.”

The book festival and the craft beer festival will take place on private property this year, so neither require permits, Harris said. The other two events will require city-approved permits.

“We will be submitting a permit for the festival, just as we do every year,” Killeen said, adding that the proceeds from the annual event go to homelessness and poverty relief efforts. He also said his nonprofit will “ensure we can have an event that meets the city’s standards” related to COVID-19 safety. 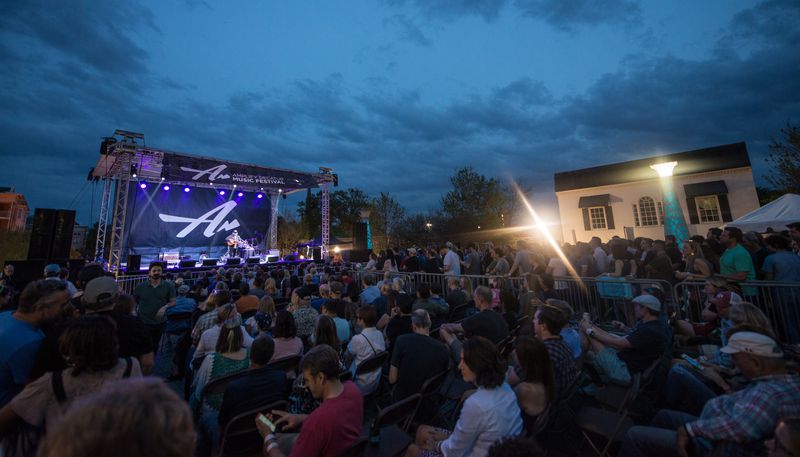 Jeff Tweedy performs at the Amplify concert series in April 2019. Credit: Courtesy of Amplify My Community

Harris isn’t worried that a permit hang-up could prevent the events from taking place. She said the city was able to quickly provide permits for the Barbecue Blues & Bluegrass and Juneteenth events, which will take place later this month.

Here are the details on the four October festivals:

• The AJC Decatur Book Festival, presented by Emory University, will take place Oct. 2 with five author events at First Baptist Church of Decatur, located at 308 Clairemont Avenue. The author lineup will be announced in early July.

• The Decatur Arts Festival, hosted by the Decatur Arts Alliance, will take place Oct. 2 and 3 at Decatur Square. The release said it will include more than 100 booths from artists.

• The Amplify Decatur Music Festival will hold a free outdoor concert on Oct. 1 and an all-day, ticketed festival on Oct. 2. The performers will be announced in mid-June, and it’ll take place at the Decatur MARTA station plaza.