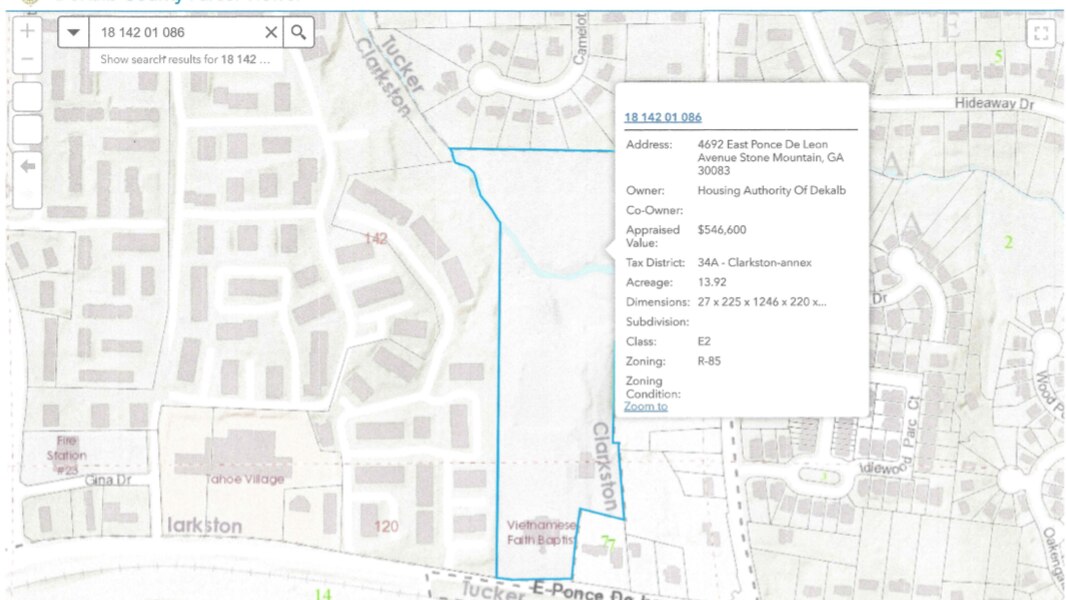 This is a parcel map included in Tucker’s legal complaint against Clarkston, DeKalb County, the DeKalb County Housing Authority and a developer regarding an annexation.

A DeKalb County city is suing its neighbor over a 14-acre plot of land that was annexed two years ago and is currently under construction to become an apartment complex.

Tucker recently filed a lawsuit against Clarkston, property owner DeKalb County Housing Authority, DeKalb County and a developer, claiming the annexation was illegal because part of the parcel was within Tucker’s city limits. Tucker claims that a city can only annex unincorporated areas according to Georgia law, meaning the annexation, rezoning and development are all illegal.

The property, 4692 East Ponce de Leon Avenue, was the site of Vietnamese Faith Baptist Church but has since been rezoned by Clarkston and is the planned site of 188 new multi-family apartments.

Clarkston’s city records show the city approved the annexation in 2018 after receiving an application from the property owner at that time. Clarkston declined to comment about the lawsuit.

Tucker is asking the court to void the annexation and return the land to its original zoning. In addition, the city wants construction on the apartment complex halted. 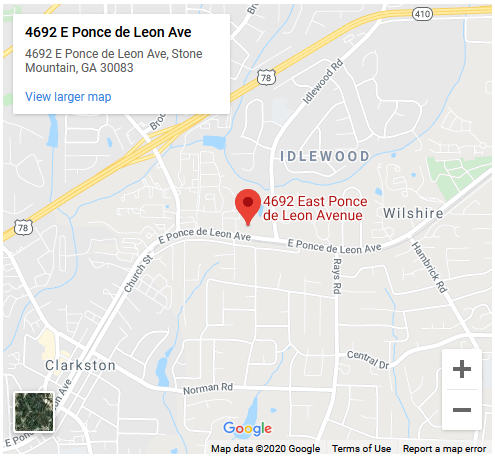 According to a city official, Tucker wasn’t aware of the annexation until October 2020, prompting the lawsuit that was filed in DeKalb County Superior Court on Nov. 24.

The DeKalb County Housing Authority currently owns the property and is leasing it to Peachtree Creek on Ponce Apartments, LLC, the company building the apartment complex. Both entities are named in Tucker’s lawsuit as defendants for their roles. DeKalb County, also named as a defendant, declined to comment on pending litigation.

“This poses a threat to Tucker’s interests in real property, as well as infringes on Tucker’s property rights to land within its city boundaries,” Tucker said in a news release.

DeKalb County ethics board meets for first time since 2018