10 points to ponder in final 10 days before Election Day: ANALYSIS

How voting is going so far in 2020 | FiveThirtyEight Politics Podcast — Amelia Thomson-DeVeaux and Nathaniel Rakich discuss how voting laws and procedures have changed ahead of the 2020 election.

One-third of likely voters already cast votes in the most unique election ever.

As we draw the curtain on the last debate of this presidential election cycle and move into the final 10 days of voting — because with all the early voting, Election Day is merely the last day to go to the polls — I thought it a good time to ponder 10 final points in a historic race.

1. For all of those checking out forecasting models and betting markets every day, or even multiple times a day, let me make it easy for you on what they say: Biden is favored to win this election, but Trump still has a small chance of winning. All this is very similar to their odds in the 2016 campaign. So now you can go ahead and concentrate your worries on something else.

2. This presidential race has been one of the most stable races in modern history even with the pandemic and all the various disruptions throughout. In March, Biden had a lead of six points; in September, before the first debate, Biden had a lead of 7 points; and after two presidential debates and one vice presidential debate, Biden has a lead of 9 percentage points. Though the pandemic has cast a pall over Trump’s presidency and this election, any real movement came through the debates.

3. When one looks at comparisons to 2016 with 10 days remaining, Biden has a slightly bigger lead than then-Democratic nominee Hillary Clinton. But more importantly, Biden breaks 50% in nearly every national and key state poll, something Clinton hardly ever did. With much fewer undecided voters and many less people considering a third-party vote, the chances of a major fluctuation is relatively small.

4. In this polarized and divided environment, Biden possibly winning nationally by 8 or 9 points should be considered a landslide by modern standards. When Barack Obama won a historic victory in 2008, he beat John McCain by 7.2%. In 2018, when Democrats won a huge midterm victory, they won nationally by 8.4%.

5. As of Friday, more than 50 million Americans have voted early, more than one-third of all likely voters. All records for early voting have been shattered. And history shows that once voters get used to voting early, they continue to vote early even when there is no pandemic. This is going to fundamentally change many considerations in future elections.

Campaigns and candidates will have to redesign the timing of messaging and tactics in this new landscape. The media is going to have to cover things much differently and change when key interviews take place. And the Commission on Presidential Debates is going to have to move up debates since it makes little sense to hold one when one-third of folks have already cast ballots.

6. Because of all this early voting, and some states like Florida and others having ability to count votes before the polls close, there is a very good chance we won’t have to wait long to see the direction of the evening on election night. If Biden maintains his lead over next 10 days, and he is able to win Florida, which should be known fairly early, we might not have to wait long before we have a fairly good idea of the result. Obviously, who wins the U.S. Senate and other local races may take quite a bit longer.

7. If Democrats sweep in this election — keeping the House and taking the presidency and the Senate — I would suggest the best route for bringing the country together is not to seek retribution against their political opponents, but to step forward in a humble way to heal our country. It is important for Democratic elected leaders to remember that the majority of the country isn’t in love with the Democrats, they just loathe the president and the Republican Party.

8. Get ready for some surprises on election night. With the turnout likely to set records (I have predicted for three months turnout would be north of 150 million), and so many folks voting early, there is a strong likelihood of some, “Wow, I didn’t see that coming” moments. And that is what makes election night so fun.

9. One big unexpected result could be Biden carrying Texas. While Trump is slightly favored, the polls show it very close and early voting is off the charts. It will be at 7 million people by the time most people read this column, and Texas has been moving slowly and inexorably from a red state back to purple.

If the Democrats carry Texas this year, it will be an earthquake on the national political landscape with ramifications one can not overestimate. Texas, more than any other red state, turning purple will upend Republicans plans in future elections. 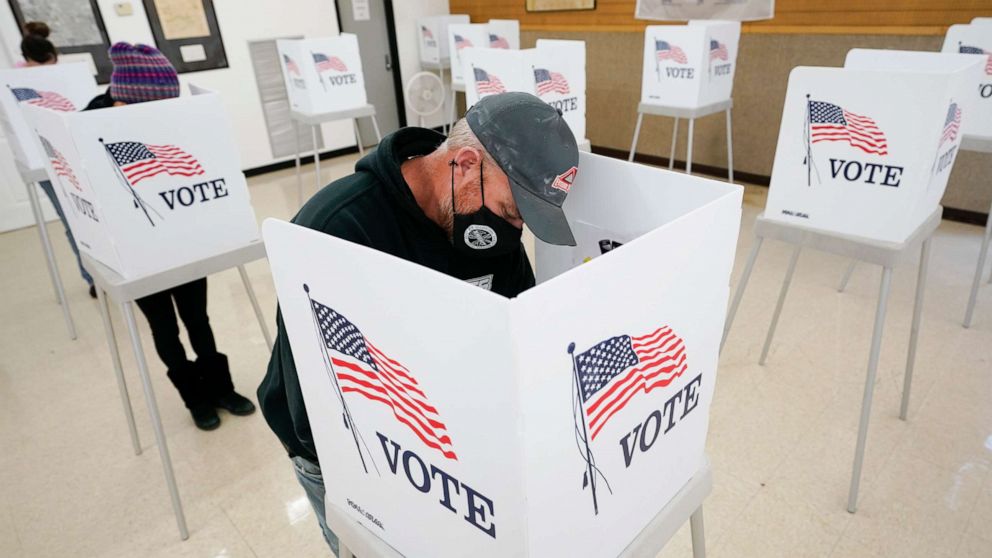 10. I know 2020 has been hard on us all and we each have had to work through so much with our loved ones, but let us pause in the moment of hope that despite a pandemic, dysfunction and destruction of normal life, millions of Americans are braving weather, impediments and their health to vote. This gives me an optimistic outlook for our future, and restores my faith in our democracy.

Onward to the final 10 days, and get yourself ready for a fun and fascinating election night.

Read the original story on ABCNews.Go.com.