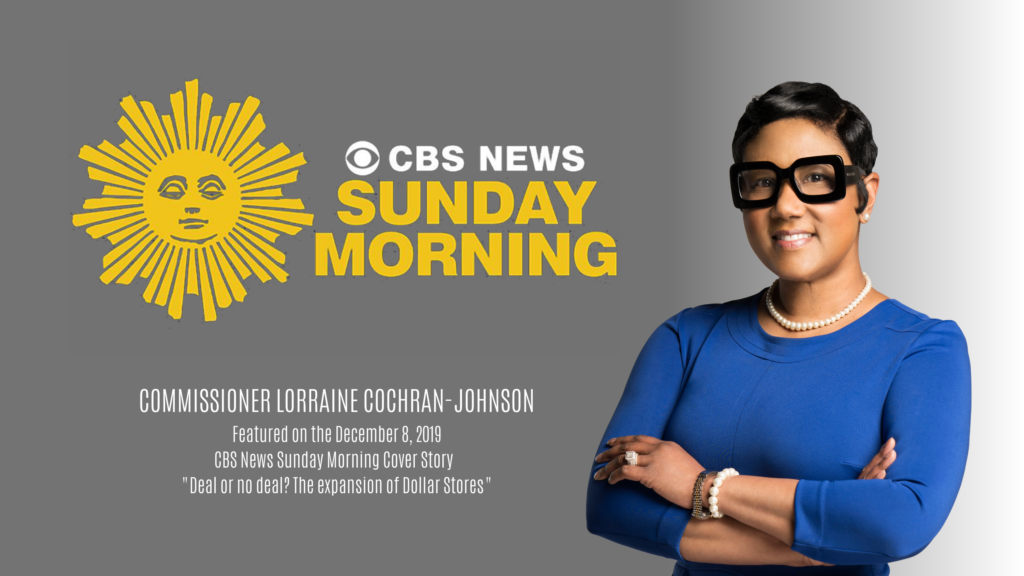 Communities hardest hit by dollar stores often find themselves driving 30 minutes for fresh produce after local grocers close their doors in the wake of the presence of dollar store expansion. Barry Popkin, professor of nutrition at the University of North Carolina Chapel Hill said dollar stores are killing America and warns consumers to stay away from the sugar, soda, and processed food high in fat and salt typically sold in dollar stores.

“[Dollar stores] increase the risk of heart disease, mortality, cancer mortality, diabetes, obesity– this is the worse food that can bought,” said Popkin. “It’s adding to the health crisis that lower-income America faces – and that’s black, Hispanic, and white America.”

According to Commissioner Cochran-Johnson, 25% of DeKalb County lives in a “food desert” or area with limited access to supermarkets.

“Dollar stores tend to highly saturate areas,” Cochran-Johnson stated during the segment. “When you look at the pattern of growth of the Dollar Store, as well as the areas that have the highest levels of obesity, hypertension, and high blood pressure, there is a direct correlation between their presence and poor health. We see it in the data.”

“With 68% of all dollar stores located in my District, I have an obligation to take every action possible to ensure these stores do not adversely impact our community,” said Cochran-Johnson. “I have no problem with dollar stores in my District. I am against their proliferation of underserved communities and I feel the need to educate people on the consequences of their presence. Dollar stores have a huge impact on healthy communities and economic development. As a Commissioner, their over saturation creates a challenge for me in many ways.”

“I have studied dollar store legislation passed in cities across the U.S.,” said Commissioner Cochran-Johnson, “I am proud to be a part of a national conversation on how to limit the growth of dollar stores. I am grateful to CBS and the team at the Institute for Local Self Reliance and their commitment to ensuring healthy communities across the United States.”

For more information on dollar stores or to view the segment from CBS Sunday Morning visit the News tab on www.CommissionerLorraineCochranJohnson.com. For media coverage or to schedule interviews with Commissioner Cochran-Johnson, call 404.371.3681.